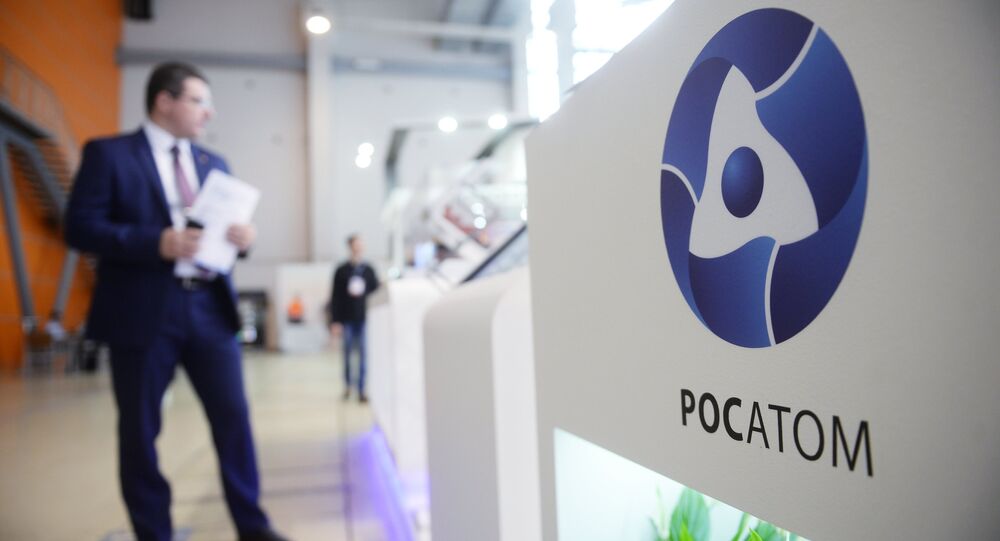 The Indian state-run enterprise was deemed the best in the "public communication category" for its innovative public outreach program aimed at garnering public support for nuclear power plants and educating them about the peaceful uses and benefits of nuclear energy.

New Delhi (Sputnik): India's state-run enterprise Nuclear Power Corporation of India (NPCIL) has won global recognition for the public outreach programs it has been conducting in the field of nuclear power development. NPCIL was announced the winner in the public communication category at the ATOMEXPO conference held in Sochi, Russia.

The award is institutionalized by the Russian state atomic energy corporation-Rosatom.

NPCIL won the award for its "Atom on Wheels" campaign that was started in 2016 to spread awareness in rural areas about the benefits of nuclear energy. NPCIL Executive Director Gautam Biswas received the award on behalf of his organization.

"There are a lot of inhibitions about nuclear energy and people need to be convinced," Biswas said while receiving the award from Rosatom who are the equipment suppliers and technical consultants for the Kudankulam Nuclear Power Project (KNPP) in Tamil Nadu.

© Photo : RCSC, New Delhi
Nuclear ABC: Rosatom Explains Nuclear Science to Indian School Children
The start of construction at the KNPP has been delayed by protests against the project in the area.

"It's indeed a matter of pride for our country and organization that our hard work and untiring efforts have ultimately recognized by the entire world. India's innovative effort for imparting awareness and education about numerous aspects of nuclear energy as well as to dispel apprehensions about the same to the masses especially for people of rural India has been recognised by the global community," Amritesh Srivastava, Sr. Manager (Corporate Communications), NPCIL, India and Project-in-charge, Atom on Wheels told Sputnik.

As part of the "Atom on Wheels" campaign, a specially-designed bus traveled through 1,500 villages in Haryana, Rajasthan, Madhya Pradesh, Gujarat, Maharashtra and Andhra Pradesh displaying panels, models, posters and making multimedia presentations in local languages to help to build up public opinion to construct nuclear power plants in the country.

© Photo : Pixabay
Bangladesh’s First Nuclear Power Plant Likely to See Russia-India Collaboration
More than half a million people around 1,500 villages across six states of India were contacted under this campaign. The objective of this campaign was to maximize outreach to the common man through simple and creative content and it was found that no other campaign would be better than a mobile exhibition, Amritesh Srivastava added.

The tenth edition of the International Forum ATOMEXPO 2018 opened on the premises of the Main Media Center in Sochi on May 14th and concluded on May 16th.

The Rosatom awards were given away in five categories in Sochi including those for human capital development, nuclear technologies and the best launch of a nuclear power project. There participants came from 22 countries and entries were judged by a 25-member international jury panel.