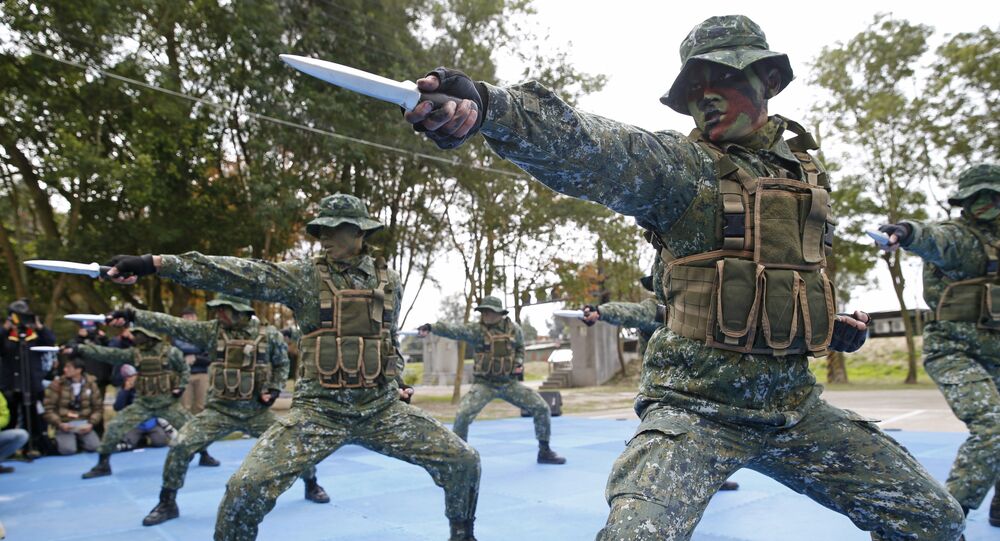 New Defense Bill Seeks $7.5 Billion for Taiwan, US to ‘Push Back on China’

A bill recently reintroduced on Capitol Hill seeks to increase US defense spending by $1.5 billion per year over the next five years to support Taiwan’s defense posture toward China.

The bill "enshrines a generational policy framework to demonstrate US commitment to a free and open Indo-Pacific region," according to US Senator Cory Gardner's (R-CO) press office. Dubbed the Asia Reassurance Initiative Act, the bill would increase funding for the US military's regional presence by funding freedom-of-navigation operations, which Beijing has condemned in the past.

Furthermore, the bill "expresses support for regular arms sales to Taiwan," the summary from Gardner's office says. About $150 million annually would be spent "for democracy, rule of law and civil society support, including $10 million annually for freedom of information efforts in North Korea."

The US State and Defense Departments would jointly spend the funds over five years, setting the total cost of the initiative at $7.5 billion.

"We are at a unique moment in history in which the United States needs to communicate to Asia — to allies and adversaries alike — that we are invested in the region," Senator Ed Markey (D-MA) told reporters on Tuesday, adding that Washington "has the opportunity to push back on China's efforts to undermine the international system."

The bill had been introduced before, but without success. "This is not a new concept and this is as close as we've come to an Asia-Pacific security initiative," Gardner said.

China Will Not Permit Taiwan to Be Seen as Separate Country

Not So Fast: US F-35 Deal With Taiwan Iced Over Fears of Chinese Spies on Island