"The exercise will proceed as planned, and regarding that, there are no differences between the South and U.S.," the Defense Ministry said in a message to reporters, as cited by the Yonhap news agency.

The ministry stressed that the drills were aimed at improving the skills of pilots and were not an attack maneuver.

The comment came after an emergency meeting between South Korean Defense Minister Song Young-moo and the commander of US Forces Korea, Gen. Vincent Brooks, over Pyongyang’s reaction to the exercise. 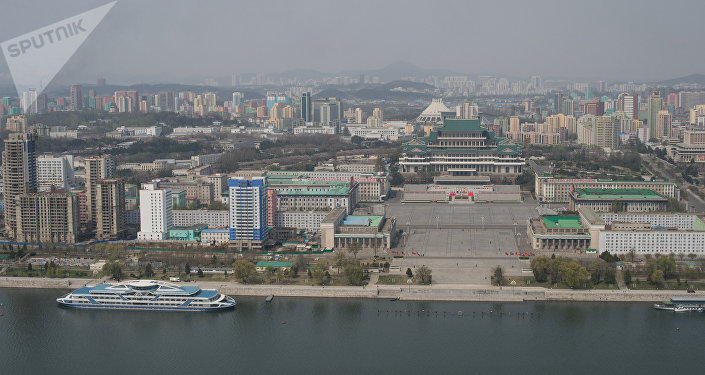 © Sputnik / Ilya Pitalev
Indian Minister in Pyongyang Amid Threats by North Korea to Disengage With US
Pyongyang has already threatened to cancel the planned summit between North Korean leader Kim Jong-un and US President Donald Trump, but Washington said it received no official information on the matter.

On Friday, Seoul and Washington launched their annual two-week Max Thunder air drills. Pyongyang said that the exercise was a violation of the Panmunjom agreement and canceled the inter-Korean negotiations which were scheduled for Wednesday. Earlier in the day, Seoul expressed its regret over Pyongyang’s decision.

In April, Kim and South Korean President Moon Jae-in held a historic summit in the truce village of Panmunjom. The two leaders signed a joint declaration, agreeing to take measures to support international efforts aimed at denuclearizing the peninsula and bringing a formal end to the Korean War of 1950-1953.

The talks between Trump and Kim are scheduled for June 12.