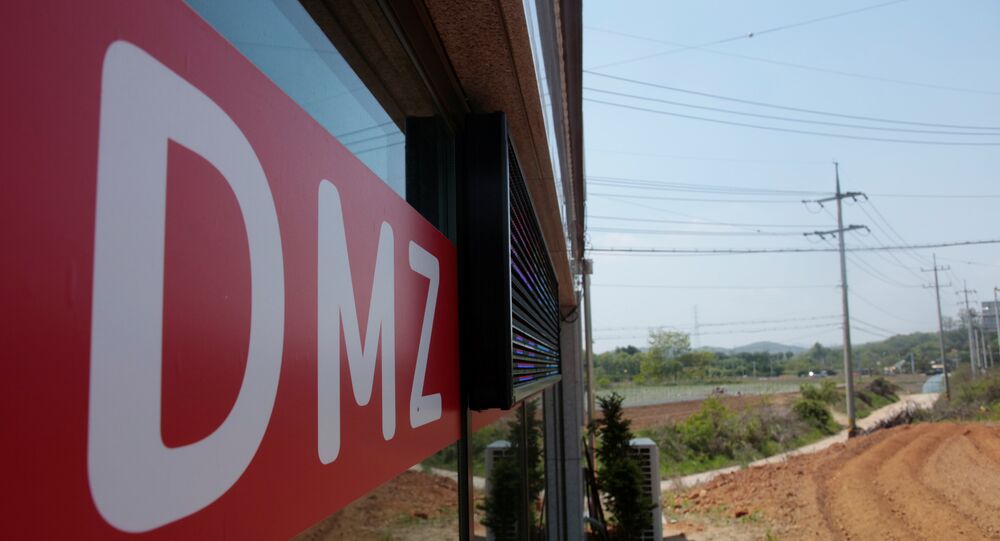 © REUTERS / KCNA
State Department Refutes 'Pompeo's Plan' on Economic Aid for North Korea
In rural and lightly-populated regions of South Korea, small towns and other areas near the DMZ have seen a sudden influx of investment inquiries by well-heeled speculators, sparking a spike in property values, according to Reuters.

DMZ real estate — while available for purchase — is not accessible to the public and so buyers and agents are turning to the web to make their choices.

A 37-year old dentist in Paju, on the South Korean border, snapped up eight lots of land in and around the military zone recently, and he is not alone. Five of the eight locations were purchased site unseen, according to Reuters, as the speculator simply opened Google Earth satellite photos and pointed his finger at a likely location.

The dentist, Kang Sung-wook, asserted that he was forced to move quickly after real-estate speculation in the area rose sharply.

"I was out looking since the North Korea-US summit news was announced in March, and it looked like all the good ones were gone already," stated Kang, cited by Reuters.

"I realized then that the market was on fire," he noted.

Since the middle of the 20th century the DMZ has seen deadly military provocations and dramatic — and often dramatically unsuccessful — defections.

The existence of at least one million landmines throughout the DMZ has not deterred speculation, according to landmine expert Jeong In-cheol, with South Korea's National Park Conservation Network.

Although public access is strictly controlled, land contained within the 1.2 mile-wide South Korean portion of the DMZ can be legally bought, and real estate purchases along the border have seen figures more than double since February.

In the area surrounding the last train station south of the border, real estate purchases have quadrupled since the same time last year and prices have risen 17 percent.

"With bids outnumbering offers, I often see sellers cancelling on preliminary contracts, it's that hot," said Kim Yoon-sik, a realtor with over a quarter of a century in the area, cited by Reuters.