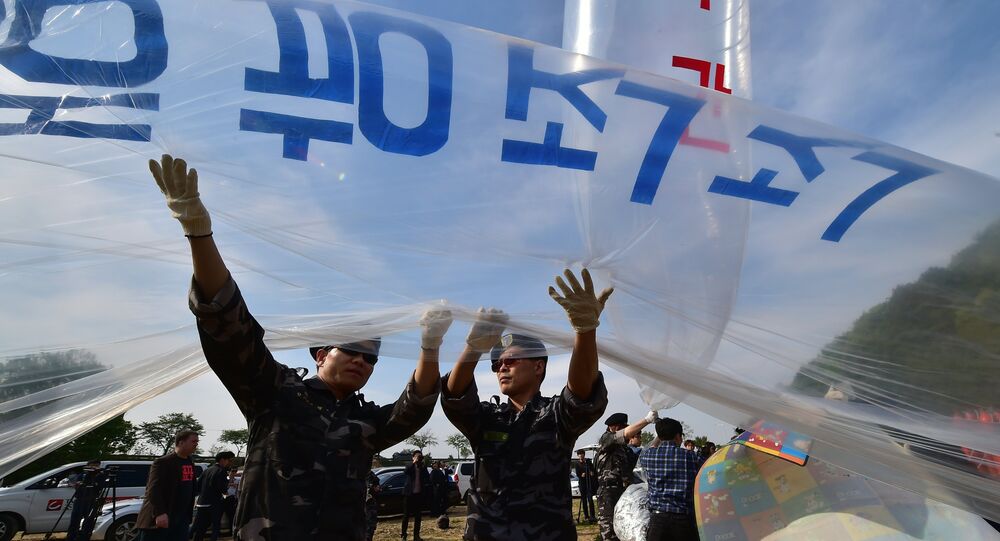 The group had already tried to launch the balloons last week, but South Korean police prevented them, trying to preserve the latest improvement in relations with North Korea.

The activists also attached to the balloons one thousand one-dollar bills and USBs, according to Park Sang-hak, the leader of the defector organization.

"Defectors' leaflets to North Korea, which are intended to tell the facts and truth to some 20 million North Korean people, will never be stopped by any form of blockade or physical means," Park said.

The group tried to perform such an action on the border last week, but it was stopped by police and local residents.

Previously, the Unification Ministry had announced that "Spreading of anti-North leaflets runs against the spirit of the inter-Korean agreements," urging them to halt their activities.

This statement was made in wake of a major breakthrough in inter-Korean relations, which began ahead of the 2018 Winter Olympic Games and culminated in the historic inter-Korean summit on April 27, during which the sides signed a joint declaration agreeing to take measures to support international efforts aimed at denuclearizing the Korean Peninsula and proceeding with reunification programs for separated Korean families.