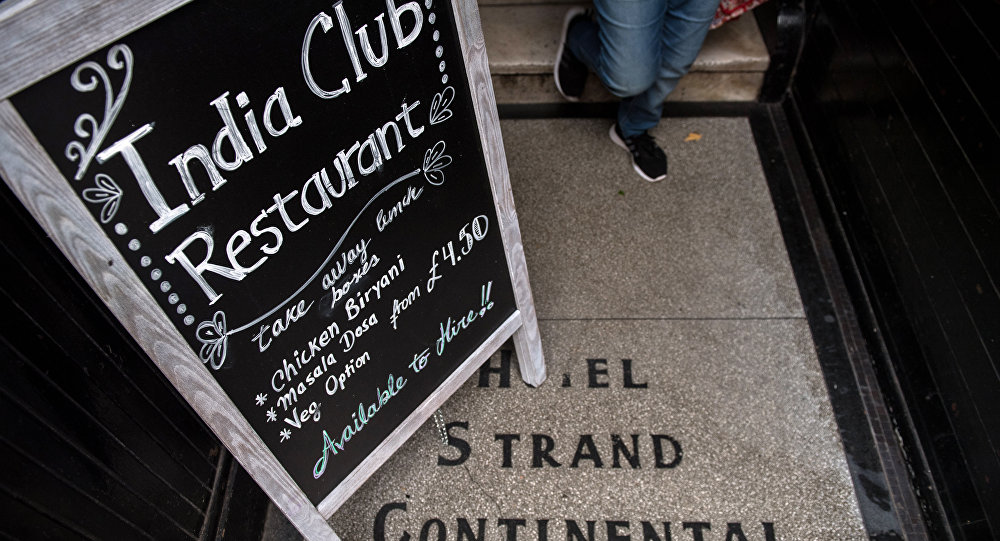 The India Club had been a meeting point for Indians which campaigned for Indian independence in Britain. The Club had applied to Historic England for a listing as a historically important landmark to prevent the demolition proposed by the freeholder of the building.

New Delhi (Sputnik) – The India Club, which had been acting as a social center, meeting place, and dining room for South Asian expats for more than half a century at London's famous Strand — is most likely to face demolition, as Historic England has refused to grant it the "listed" status.  Historic England is an executive non-departmental public body of the British Government tasked with protecting the historic environment of England by preserving and listing historic buildings, ancient monuments, etc.

The move has angered patrons of the club, who have accused Historic England of discrimination despite the fact that the club played a pivotal role in Indo-UK history.

"We are deeply disappointed with the decision which undervalues more than 50 years of India Club's historic, social and cultural importance. India Club has played a key role in immigrant history in the UK, as indicated by accounts from immigrants of the sub-continent that it was their first port of call and a home away from home," Phiroza Marker, the manager of India Club was quoted by the Press Trust of India.

© AP Photo / Mahesh Kumar A
India Observes Centenary of Barbaric Massacre by British Colonial Regime
Historic London has claimed that the listed status cannot be granted to the India Club as it did not occupy its current address, 143, The Strand, until 1964 — a claim disputed by the club's veterans.

"India Club did not occupy the building until 1964. The club was in fact established at 41 Craven Street, which is already listed at Grade II and has much stronger links to the historic campaign for Indian independence. The club moved to the Hotel Strand Continental at 143-145 Strand in 1964, meaning the building lacks a direct connection with the Indian independence movement, having been established many years after independence was achieved," Duncan Wilson, Historic England's chief executive, said in a notice quoted by the Telegraph India.

Nevertheless, patrons have cited the example of London's Central Mosque and the Islamic Cultural Centre in Regent's Park, which were built between 1970 and 1977, that have been found fit for a Grade II listed status by Historic England.

Despite a petition signed by more than 17000 signatories, Marston Properties, the freeholder of the building, has put in an application with Westminster City Council for the "partial demolition and extension of the existing seven-story building with alterations at ground and basement levels" to create a new hotel.