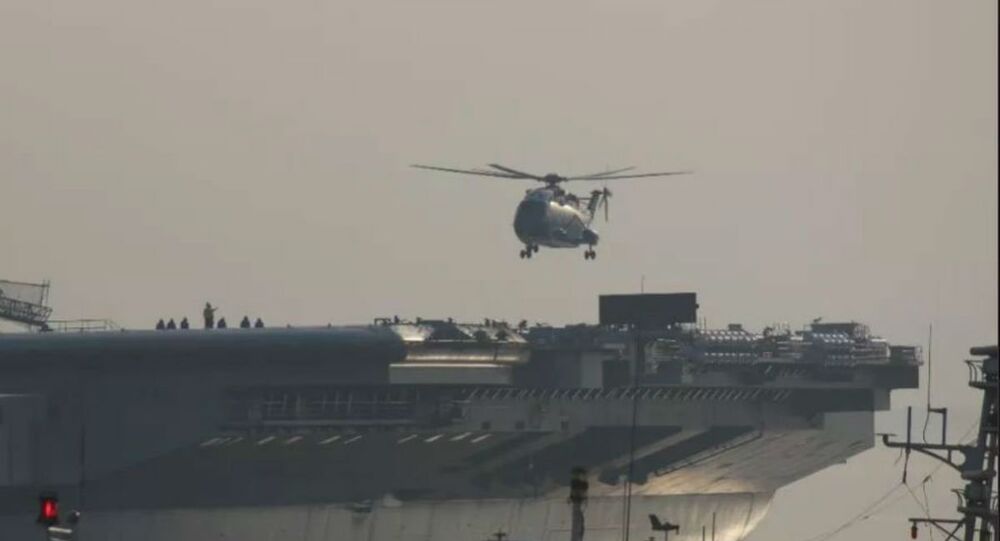 A Z-18 military transport helicopter took off from China’s newest aircraft carrier, which has yet to undergo sea trials, over the weekend, according to state media.

On Saturday, the Z-18 flew for about five minutes before returning to land on the carrier, known only as Type 001A. The chopper launched from Liaoning Province in northeastern China, according to the Global Times.

Reviewing the helicopter's flight performance, Li Jie, a Chinese military analyst, told the news outlet the Z-18's guidance systems "obviously performed well" and that the chopper could be used in tandem with the carrier in case of emergencies.

​The Type 001A, China's second aircraft carrier, was built in Dalian shipyards in northeastern China and is slated to enter service in the early 2020s with the People's Liberation Army-Navy. On April 26, 2017, the massive boat was commissioned.

China's only operational aircraft carrier, the Liaoning, was rebuilt from a Soviet-era Russian carrier and commissioned with the Chinese navy in 2012.

The Z-18's successful flight indicates that the Type 001A is ready for sea trials, the Global Times
reported.

The carrier's testing appears to have been delayed. In early April, the South China Morning Post said the sea trials would start by the end of April.

Li is not at all concerned with possible delays. He told the Global Times that "even if there are some problems, it is quite normal since there are 700 million to 800 million parts on an aircraft carrier."

The Z-18 helicopter is itself a new addition to the PLA, having only entered service this past January, Jane's reported at the time.