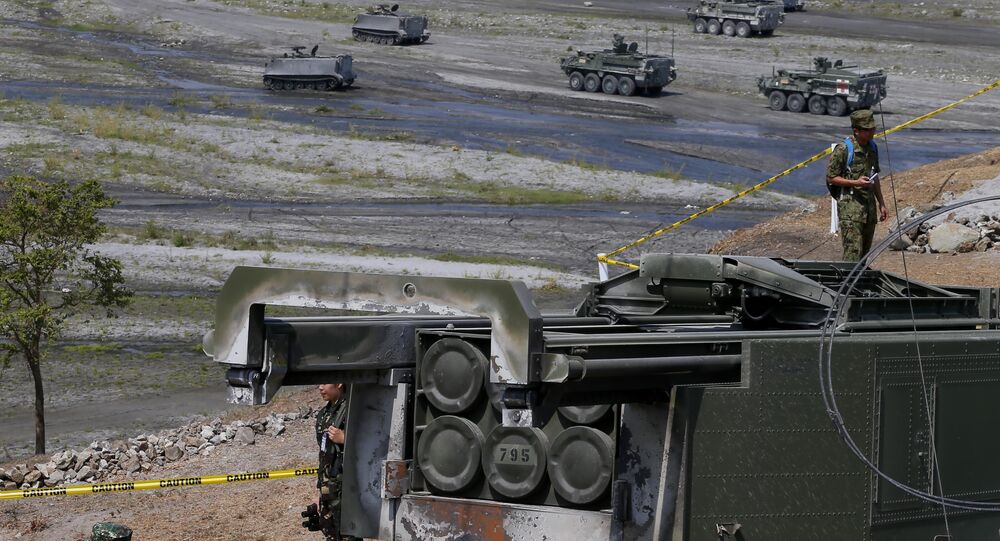 MOSCOW (Sputnik) - The annual Balikatan military exercises, which will involve 8,000 troops from the United States and the Philippines, began earlier in the day, the Philippine broadcaster GMA News reported Monday.

About 5,000 Philippine troops and about 3,000 US troops will participate in the 34 military maneuvers that are part of Balikatan ("Shoulder to Shoulder"), according to the media.

Australian defense forces and Japanese self-defense forces will also participate in exercises within the framework of the US alliance system.

The drills will focus on defense cooperation, the fight against terrorism, and humanitarian and disaster response.

"[The exercises] also will incorporate training identified in the post-Marawi action reports, such as military operation in urban terrain," US Ambassador to the Philippines Sun Kim said, as quoted by the publication.

© CC0 / tavoohio / 1280px-BRP_Rajah_Humabon_(PF_11)
Philippine Navy Decommissions Oldest World War II Warship
This part of the training will be conducted on the basis of last year's five-month military operation in the Philippine city of Marawi, which was occupied by the Maute militant group linked to Daesh*.

In May 2017, Philippine President Rodrigo Duterte imposed martial law in the southern province of Mindanao after clashes erupted between the army and the Maute militants. The government forces lost more than 160 troops and over 1,700 were injured. On the other hand, more than 800 militants were killed during the operation.

Turning Away From US, Philippines Plans to Buy Russian Weapons This Year