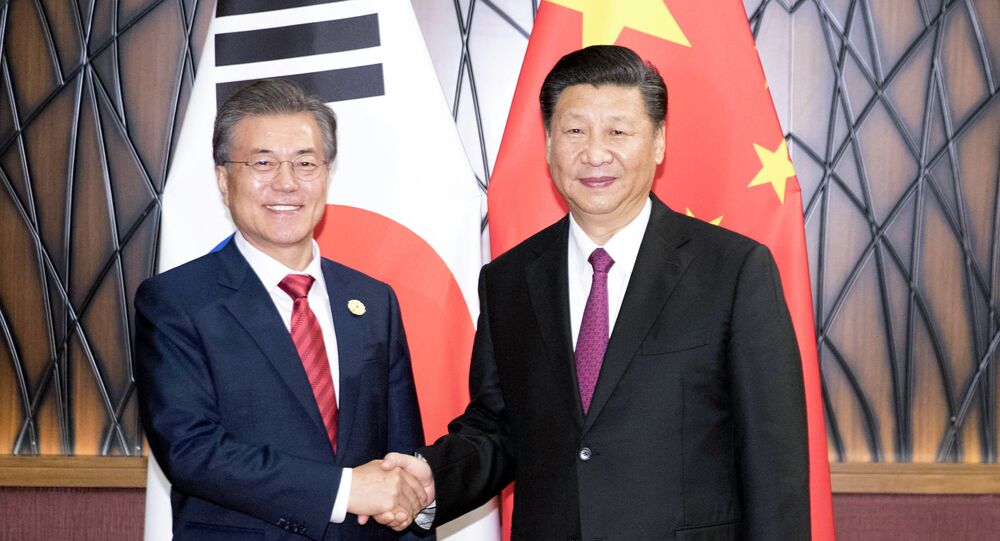 Seoul, Beijing to Cooperate to Achieve Peace Treaty Between Koreas

MOSCOW (Sputnik) - China and South Korea will cooperate closely in order to reach a permanent peace treaty between Seoul and Pyongyang, the press service of the South Korean presidential office said Friday.

"[Moon and Xi] also agreed the two countries will closely communicate and actively cooperate in the process of replacing the Korean armistice with a peace treaty," the statement said, as quoted by the Yonhap news agency.

According to the statement, that the South Korean president stressed the interest of his Chinese counterpart in the denuclearization of the Korean peninsula and establishment of peace between Seoul and Pyongyang.

READ MORE: Trump Did Not Ask Pentagon for Options on Reducing Forces in S Korea — Bolton

As Moon's presidential office specified, Xi welcomed the results of the recent summit between the leaders of the two Koreas and hailed the efforts of the South Korean president aimed at settlement of the crisis in the region.

South and North Korea have been legally at the state of war since the Korean War of 1950-1953, as no peace treaty has been signed by the parties to the conflict. The 1953 Korean Armistice Agreement provided for a suspension of open hostilities and a fixed demarcation line with a buffer zone.