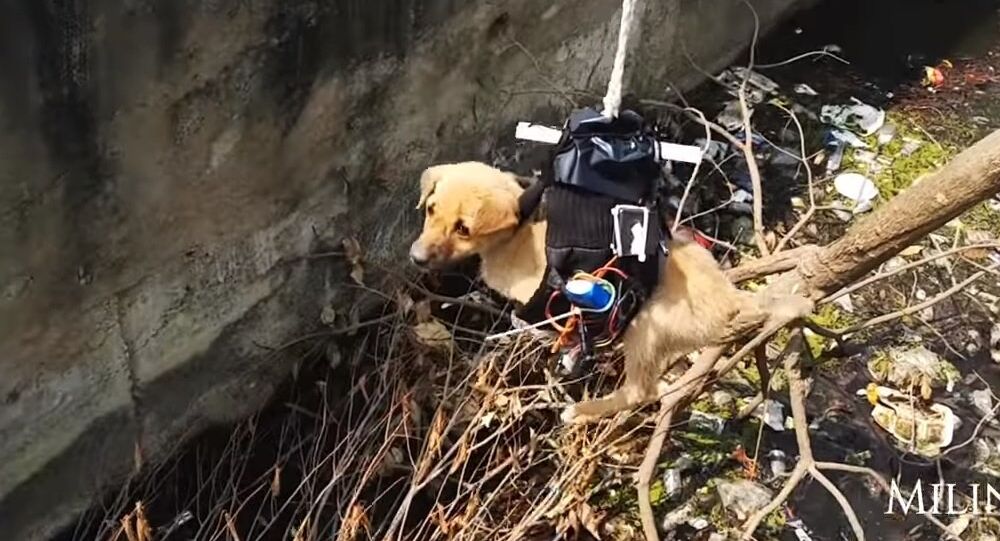 The 27-year-old Milind was already famous, but for his innovations in Artificial Intelligence. This time, he has been hailed as a hero for his compassion after he spotted a puppy drowning in a deep drain and built a drone solely for the purpose of rescuing the pooch.

New Delhi (Sputnik) — An enterprising and compassionate Indian man is being hailed as a hero after he built a drone to rescue a drowning puppy from a flooded drain.

Milind told local media that while walking the streets of Lucknow, he heard a whining sound from inside a deep drain. Upon careful inspection, he saw a puppy helplessly struggling to come out. He then rushed to his lab and prepared a drone in less than six hours and came back to rescue the puppy.

"It was not possible for a person to rescue the puppy without endangering one's own life. Therefore I decided to use technology to save the puppy," Milind Raj was quoted by the local media as saying.

Milind Raj, 27, has a keen interest in Artificial Intelligence and is an expert in building drones and robots. This is not the first time his drones have caught the public's attention. The government of Uttar Pradesh to which Milind belongs has already offered him a partnership in future projects after being impressed by the prototypes he built over the last few years. Former Indian president APJ Abdul Kalam had also praised Milind for his enterprise.

When Lucknow's Milind Raj saw a puppy stuck in a storm drain, he put together a special drone to rescue the animal. He has now adopted the puppy, which he named Lifted. 😮😀👏#Amazing #DogLovers pic.twitter.com/VDDprL8oWZ

Milind Raj has built an artificially intelligent humanoid robot which he displayed during UP Investor Summit in Lucknow recently and has filed a patent for his innovation.