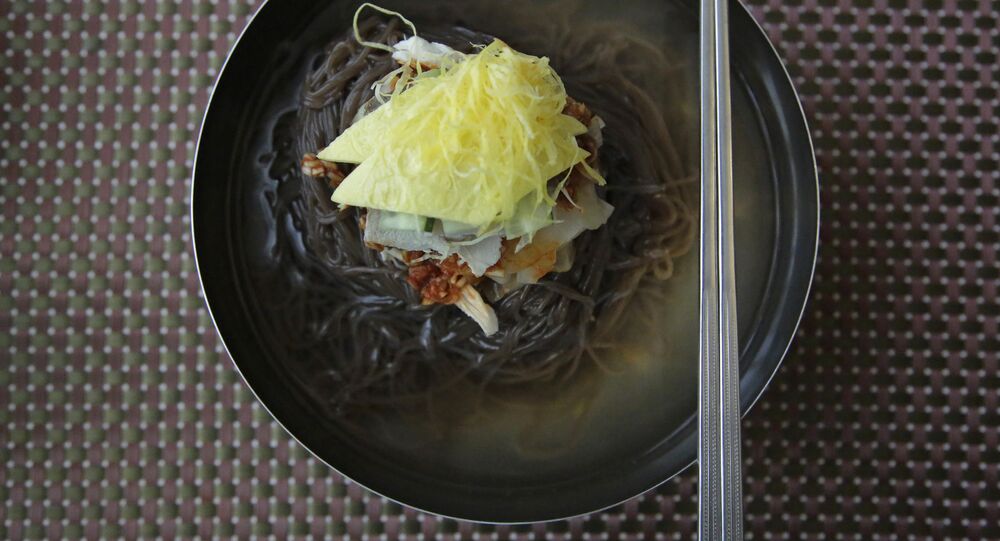 South Korea’s Blue House staffers will get to taste the trending Pyongyang naengmyeon at the canteen, which has immediately become extremely popular following North Korea’s Kim Jong-un mentioning that he would like to treat his counterpart from Seoul to the dish during the evening banquet at the historic summit.

The very special noodles are being prepared in accordance with the North Korean recipe: they are made in chilled meat broth, topped with beef brisket, pickled radish, sliced cucumbers and half a boiled egg.

“Cheongwadae [the Blue House] chefs cooked their own broth, and used 100 percent pure buckwheat flour to make the noodles,” a tweet on the official account of President Moon Jae-in’s office read.

Last week, Kim Jong-un brought Pyongyang naengmyeon to South Korea as a gift to Moon Jae-in, as the dish was expected to be included in the menu of the evening banquet. The two leaders held talks in the Peace House, agreeing to work on a peace treaty and on the denuclearization of the Korean Peninsula.