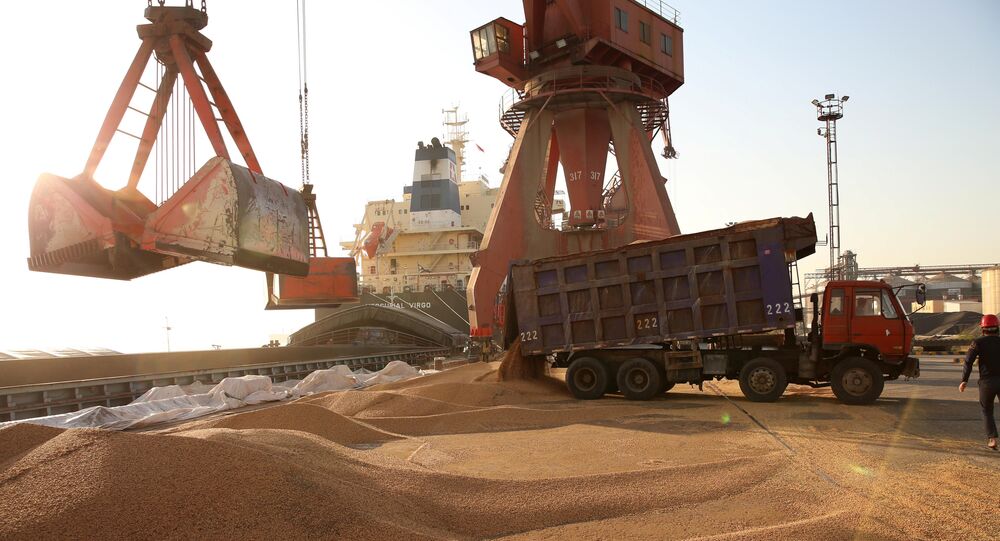 MOSCOW (Sputnik) - Chinese authorities have ordered additional soybeans to be planted in the Heilongjiang province and the Jilin province in northeast China amid fears that imports of soybeans could be affected by growing trade tensions with the United States, Chinese media reported Thursday.

According to a widely circulated "urgent notice" from the Agricultural Committee in the Heilongjiang province, the region is expected to expand soybeans planting by 5 million mu (about 1.7 million hectares) this year.

© REUTERS / Kevin Lamarque
Trade War With China Will Have a Boomerang Effect, Hit US Interests – Analyst
However, trade tensions between China and United States heated in recent months, after US President Donald Trump threatened to introduce steep tariffs up to $150 billion on Chinese products. In response, Chinese authorities vowed to retaliate with harsh tariffs on major US exports to China, including soybeans and airplanes, matching the value of Chinese products targeted by the Trump administration.

According to Beijing’s proposed retaliation plan, US soybeans could face 25 percent tariffs when exported to China. Agricultural trader Bunge reportedly said that China has stopped buying US soybeans.