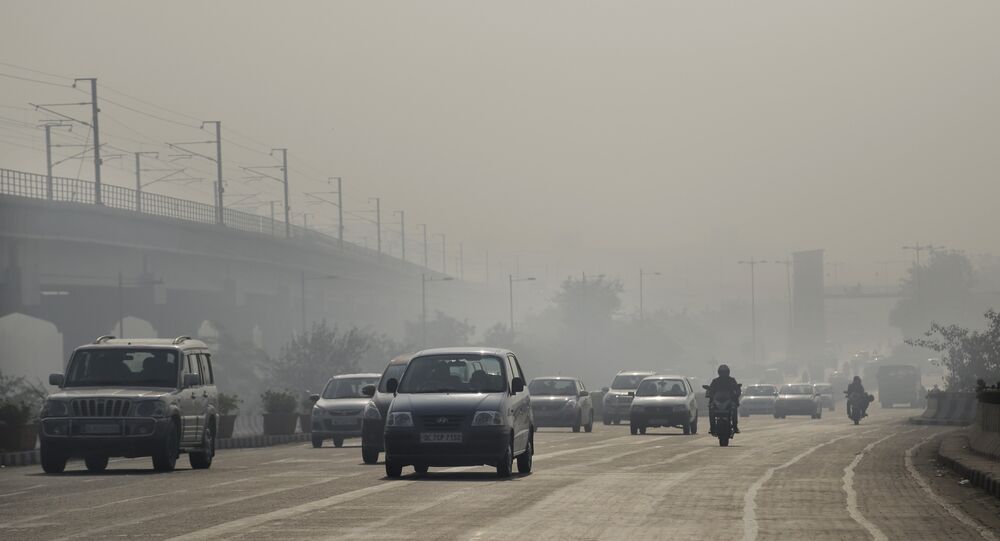 Applauding the efforts made by the Chinese government, the World Health Organization has asked India to follow China’s example and clean up the air in its cities, which are among the world’s worst for outdoor pollution.

New Delhi (Sputnik) — Among the top 15 most polluted cities based on the amount of particulate matter under 2.5 micrograms found in every cubic meter of air, 14 belong to India, according to the WHO report based on data collected from over 4,300 cities all over the globe. PM2.5 includes pollutants such as sulfate, nitrates and black carbon, which pose the greatest risks to human health.

© AP Photo / Anupam Nath
Meet the Indian Scientist Who Found a Noble Solution to the Plastic Menace
Meanwhile, the WHO applauds the efforts of the Chinese administration to clean the air of cities like Xingtai and Shijiazhuang.

"There is a big step at the government level (in China) declaring war on air pollution. We would be very happy if we would see a similar movement now in India, which is one of the countries for which we are particularly concerned, although there are good initiatives which can be put in place quickly, still the levels are very high and we would like to see a similar decision and leadership," Maria Neira, WHO's head of public health, said while releasing the report.

Nevertheless, the report has some words of appreciation for the Indian government's Pradhan Mantri Ujjwala Yojana Scheme. "In just two years, India's Pradhan Mantri Ujjwala Yojana Scheme has provided some 37 million women living below the poverty line with free LPG connections to support them to switch to clean household energy use," the report reads.