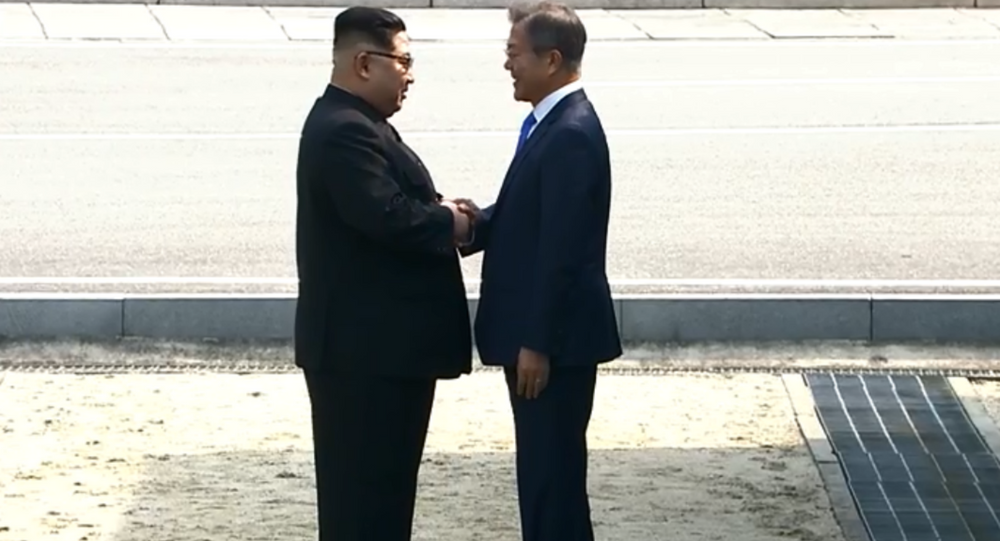 According to the CNN broadcaster, the main arguments in favour of the DMZ are that it will be easier for Kim to get there in terms of logistics and that media facilities and equipment are already in place after the recent meeting between the leaders of the two Koreas.

Some events of the upcoming summit may take place in the northern side of the DMZ, the source assumed.

© AP Photo / Evan Vucci, Wong Maye-E, File
'Cautious Optimism': Academic Explains What to Expect From Future US-North Korea Summit
Trump said on Monday that there are various sites still in consideration for his meeting with the North Korean leader, including Singapore and the DMZ, but that he likes the look of being on the North-South Korean border.

On Friday, Moon and Kim Jong-un held a summit, which took place in the truce village of Panmunjom inside the demilitarized zone. The two leaders signed a joint declaration, agreeing to take measures to support efforts aimed at denuclearization of the Korean Peninsula and proceed with reunion programs for the separated Korean families. Later the same day, Trump said that he would hold a meeting with the North Korean leader in "the coming weeks."