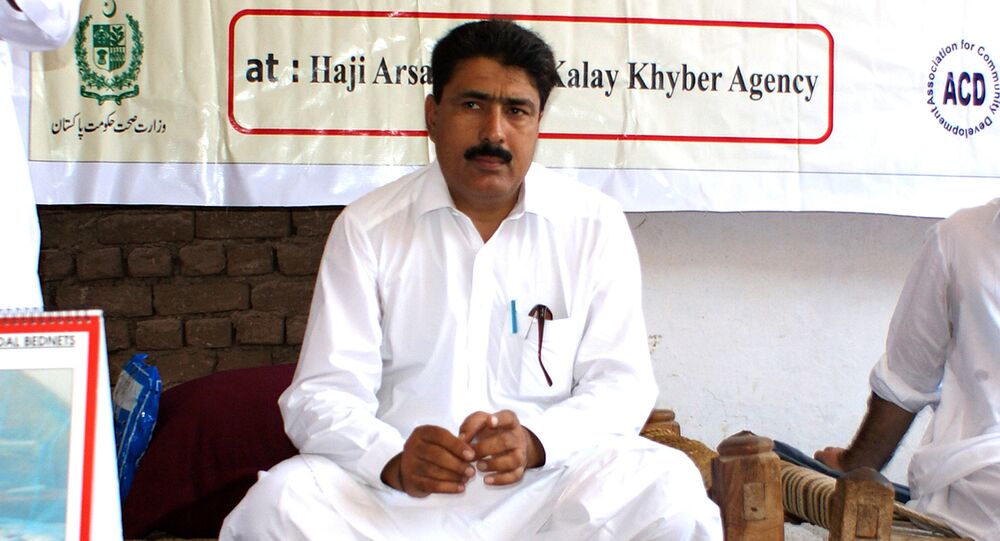 Washington has offered Islamabad to exchange Shakil Afridi, who helped catch Osama bin Laden, for Pakistani scientist Aafia Siddiqui who is serving a jail term in the United States, according to anonymous sources speaking to Sputnik.

The CIA failed to conduct an operation to stage a prison break for Pakistani physician Shakil Afridi who had helped the US authorities track down founder of al-Qaeda Osama bin Laden, according to a source familiar with the situation.

"The CIA planned to pull Dr. Shakil Afridi from the Peshawar prison, trying to organize a prison break, but the attempt was disrupted by [Pakistan's] ISI [Inter-Services Intelligence]. A local informant who also worked for the CIA handed over information about this [CIA plan], and was aware of the plan. ISI became aware that [the CIA] was also interested in the plan of the prison itself," a source who refused to reveal his name told Sputnik.

The information has been confirmed by another source speaking to Sputnik, who said that Washington had earlier turned to Islamabad with a request to extradite Afridi to the US.

"Special services protect the informants who had been disclosed in order to preserve the confidence of other secret agents and informants working with them, especially in foreign countries. Because of this, the CIA has repeatedly asked for [the extradition] of Afridi. This was one of the main demands on the list of requirements for Pakistan by President Trump," another source said.

The source went on to suggest that the release of Afridi and his extradition to the US is crucial for other CIA operations in the Asian region.

"Apparently, Pakistan refused to release Dr. Afridi because of the army's position, which believes that this will not only violate the sovereignty of the country and undermine its legal system, but will also bolster the [US] intelligence activity. Pakistan has also refused to exchange [Afridi] for Aafia Siddiqui."

The development comes in the wake of reports that Afridi was transferred from a Peshawar prison to another facility. A source familiar with the situation told Sputnik the doctor was placed in another jail because of the planned prison break.

© AP Photo / File
Bin Laden’s Declassified Files Vanish From CIA Website
The source also said that the issue of Afridi's release is one of the major obstacles to the improvement of the ties between the US and Pakistan.

The CIA, in turn, refused to comment on the news that Pakistani intelligence thwarted the agency's plan to orchestrate a prison escape for Afridi.

Also on Monday, a US Department of State official told Sputnik that Washington hopes that the Pakistani authorities will take all necessary measures to ensure the safety of Shakeel Afridi.

"Pakistan has assured us that Dr. Afridi is being treated humanely and is in good health," the official stressed.

Soon after the death of Osama bin Laden in May 2011, the US media reported that Afridi had contributed to the success of the CIA operation by collecting DNA samples of bin Laden's family by order of the intelligence agency. Then-CIA Director Leon Panetta and then-US Secretary of State Hillary Clinton had confirmed the doctor's role in eliminating the terrorist, after which Afridi was arrested by Pakistani authorities. The fact that the United States had conducted the operation in Pakistan resulted in a deterioration of bilateral ties.

Burglars Break Into Flat of Bin Laden Family in Paris, But Leave Empty-Handed

US Declassifies Documents on Bin Laden’s Strategy to Fight West