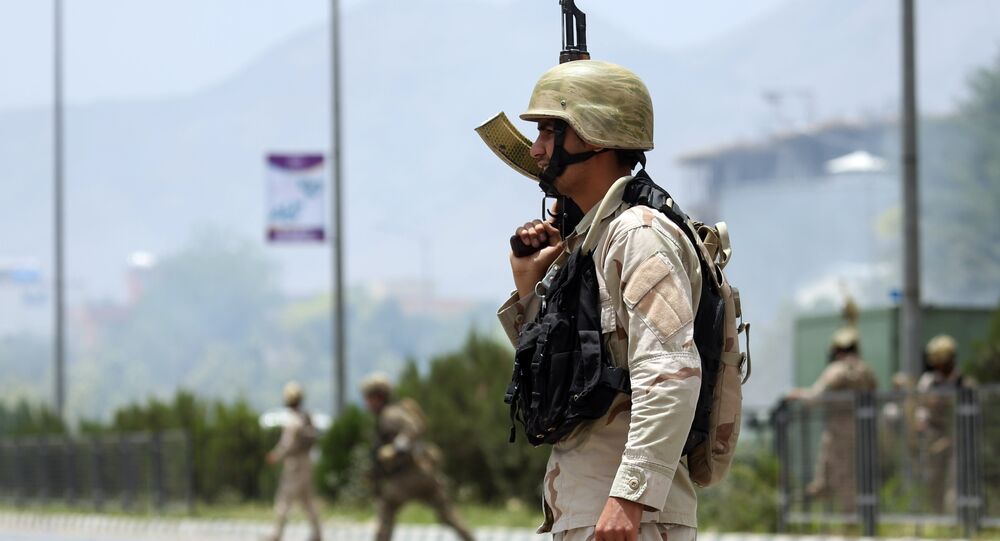 A suicide bomber that carried out attack on Monday after a series of blasts in the Afghan capital of Kabul targeted a NATO convoy in the southern Kandahar province, according to officials cited by AFP.

Eleven children were killed in a suicide bombing on Monday; the attacker detonated an explosive device near a religious school in Kandahar's district Daman, Matiullah Helal, deputy spokesman for the provincial police chief told reporters.

The attack that targeted a NATO convoy, also injured over a dozen people, including eight troops from Romania, nine civilians, and two police officers. NATO's Operation Resolute Support said in a press release later confirmed that the Romanian troops had been wounded.

So far, no group, including the infamous Taliban* or Daesh* has claimed responsibility for the bombing.

The attack comes hours after twin explosions rocked Kabul, killing 25 people, including 8 local journalists, and injuring dozens more. An AFP photographer and a cameraman for a local TV channel were among the dead. The attack was carried out after reporters gathered at the site of another explosion to cover the incident.

US Ambassador to NATO Kay Bailey Hutchison said after the attacks that NATO will continue to help secure 'lasting peace and security' in Afghanistan.

​The attacks are the latest in a series of bombings and attacks that have taken place in the war-plagued country since the beginning of the year. Afghanistan has long been struggling to deal with various terror organizations operating in the country, including Taliban and Daesh.

The United States and its allies began a military operation in Afghanistan in 2001. The mission ended on December 28, 2014, but on January 1, 2015, NATO announced a new mission in the country, called Resolute Support, to train and assist Afghan security forces.

* The Taliban and Daesh (aka ISIL, IS, ISIS, Islamic state) are terrorist organizations banned in Russia