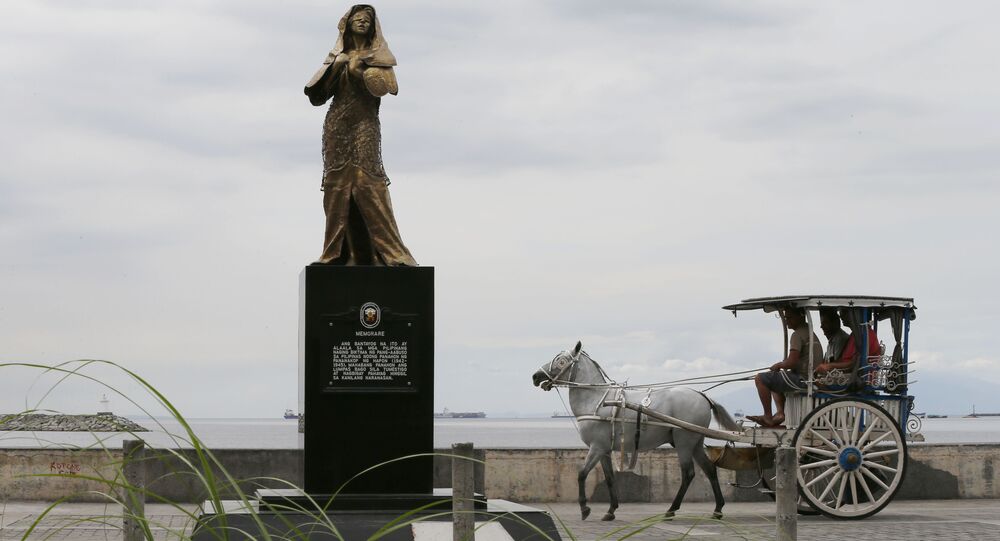 On Friday, following repeated demands by Tokyo, a bronze statue of a blindfolded Filipino ‘comfort woman’ was removed from Roxas Boulevard in Manila, Philippines, after being erected in December 2017.

The statue, which depicts a grieving woman in a traditional Filipiniana gown, is a symbol of Filipino sex slaves abused by Japanese soldiers leading up to and during World War II.

"This monument is a reminder of the Filipino women who were victims of abuses during the occupation of the Japanese forces from 1942-1945. It took a while before they came out into the open to tell their stories," the inscription on the monument read.

The Japanese government repeatedly demanded that the statue be demolished and, following increased anger from Tokyo, were informed by Manila that it would be removed.

Local women's rights organization cultural group Kaisa Para sa Kaunlaran (Unity for Progress) have voiced their opposition to the removal of the statue, urging Manila to reconsider the decision.

After the Japanese invasion of the Philippines in 1941, some 200,000 women from South Korea, China, Indonesia and the Philippines were forced to work in Japanese brothels, servicing male wartime military personnel.

Similar memorial statues of comfort women have been erected in South Korea, China and in San Francisco, California, in the US.