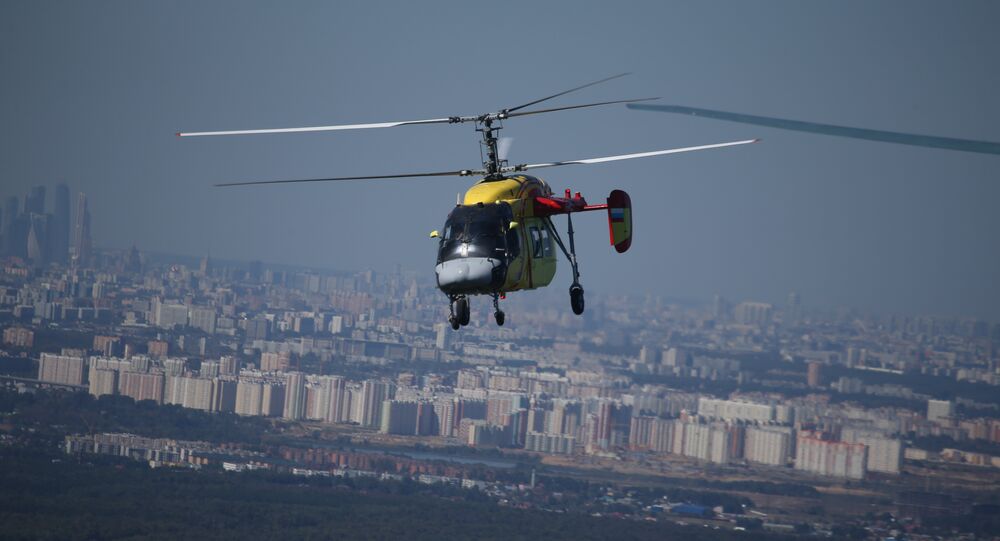 New Delhi has sent Director General (Acquisition) Apurva Chandra of India's Ministry of Defense to Russia, where he is currently visiting various industrial facilities and holding talks with officials on future projects that have the potential to pave way for broader cooperation in the defense sector.

New Delhi (Sputnik) — Notwithstanding speculation in the global media that Russia's defense deals with several countries could be derailed by the United States implementing the Countering America's Adversaries through Sanctions Act (CAATSA), India has hinted it remains undeterred by the threat.

An Indian delegation led by Apurva Chandra, who heads the acquisition wing of India's Ministry of Defense, reportedly toured the National Helicopter Building Center in Moscow and watched a flight demonstration of the Ka-226T rotorcraft that India has on order, followed by a visit to the Yantar shipbuilding plant in Kaliningrad. The team also visited Almaz-Antey AD Group in St. Petersburg, and Aviastar-SP (Ulyanovsk-based Ilyushin Aviation Complex).

"The visit indicates the confidence on India's part that shows this kind of problem (sanction) can be overcome. The sanction threat is temporary hiccups and unlikely to have any long-term impact on Indo-Russia defense co-operation. Because it is not even in US interest," Amit Cowshish, former financial advisor to India's defense ministry told Sputnik.

During the visit to the Ulyanovsk-based Ilyushin Aviation Complex, the Indian defense team witnessed the detailed presentation of IL-76MD-90A and IL-78MK-90A aircraft. In January this year, the Indian Air Force started the procurement process to acquire mid-air refueling aircraft for refueling its varied fleet that ranges from aircraft of Western as well as Russian origin.

"Indian pilots have the first-hand experience in flying Ilyushins catering to operational and tactical needs of their military. This explains our meticulous assessment of Russia's modern military transports and tankers, as well as AWACS aircraft based on the platform," Apurva Chandra explained during his visit to the Ilyushin Aviation Complex.

"The Kalashnikov Group demonstrated to our Indian partners capabilities of our revamped operation, its effectiveness, flexibility, and capacity to take up production of cutting-edge equipment in almost no time, as well as boost the production rate, provided more orders come into our hands. We have made emphasis on providing at a moment's notice transfer of technologies essential for the production of our weapons to any defense facility in India. We hope that the issue of setting up production of Kalashnikov assault rifles gives way to specific solutions in the near future for us to take up implementing our mutually beneficial intentions," Arkady Privalov, deputy director general of the Kalashnikov Group said in a statement.

The Indian government is reportedly internally discussing the final nitty-gritty of the proposed deal for licensed local production of the upgraded Kalashnikov AK-103 7.62x51 mm assault rifles deal for the Indian Army (IA) to make up for its longstanding requirement for more than 768,000 rifles. India and Russia are also on the verge of signing a commercial contract on the S-400 air defense missile system and four stealth frigates. The visiting Indian team has also discussed the procurement of one more Chakra-class submarine from the Russian side — a proposed deal which has been under negotiation for last two years.

The CAATSA is designed primarily with Russia in mind, and specifically, countries that continue to use Russian military hardware and systems. The law imposes sanctions on individuals and countries that deal with Russia's intelligence and defense sectors. However, experts say that applying the legislation against India could put the US foreign policy and defense establishment in a bind with their expanding cooperation with India.