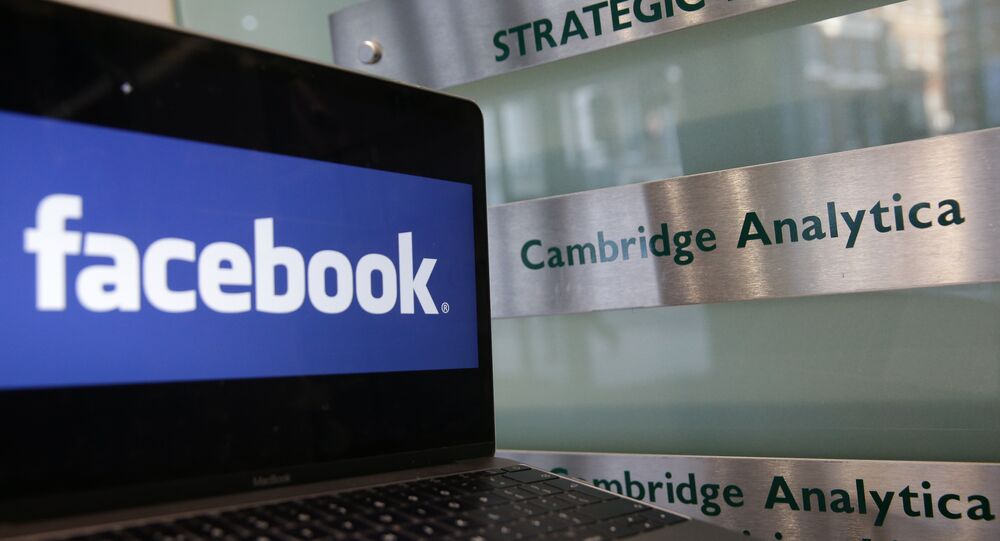 India’s Ministry of Information and Technology has alleged that the response by Cambridge Analytica and Facebook to an earlier notice was "misleading, evasive and cryptic" and the intention was to "conceal more than to reveal."

New Delhi (Sputnik) — India has communicated to Cambridge Analytica and Facebook that their earlier reply on data leaks was unsatisfactory, seeking further clarifications on the alleged data leak issue by the 10th of May.

"You have mentioned (in an earlier reply on April 3) Cambridge Analytica (CA) does not have any Facebook data of Indian citizens. You have also mentioned that CA or its group companies and affiliates have worked on a range of projects in India over the past ten years and that CA has collected data from its first party research instruments/opinion surveys. You have further stated that CA has never done any psychographic profiling in India. You have also refused to furnish details of your associates/clients. You may be aware that in the meantime on 5th April 2018, Facebook informed that data of estimated 562,455 Indians may have been accessed by you through 335 installations of the App developed by GSR and installed by Indians," reads the letter written by India's Ministry of Electronics and Information Technology to Cambridge Analytica, accessed by Sputnik.

India sends second notice to #CambridgeAnalytics and #Facebook as reply in response to first notice by the firm did not satisfy the govt. pic.twitter.com/8RLZLY7LE4

​Earlier, the Ministry of Electronics and Information Technology had sent a notice to data mining and analysis firm Cambridge Analytica, which is at the heart of the case involving an alleged breach of Facebook user data, seeking information about its clients in India. The Indian government had also sought a response from Facebook on whether the personal data of Indian voters and users has been compromised by the UK-based Cambridge Analytica or any other downstream firms/entities.