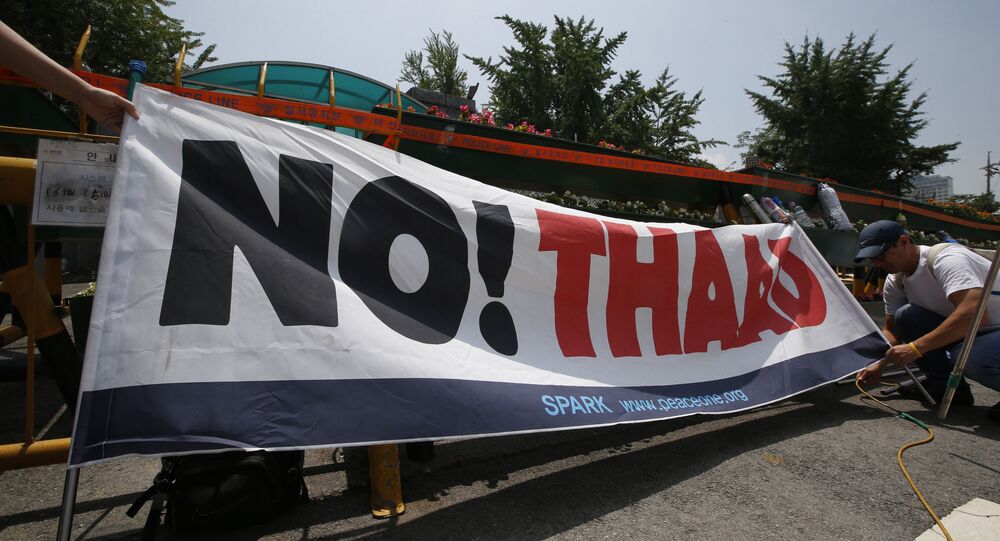 TOKYO (Sputnik) – The South Korean authorities dispatched around 3,000 police officers to disperse demonstrators protesting against the construction of a military base for the US Terminal High Altitude Area Defense (THAAD) missile system deployment in the eastern Gyeongbuk province, local media reported on Monday.

On Sunday, around 200 protesters blocked the bridge leading to the base site in the Seongju county by holding a sit-in demonstration there, the YTN broadcaster reported.

Later on Monday, shipping of building materials to the military base site, where the THAAD system will be deployed, is planned to begin, according to the South Korean Defense Ministry.

© REUTERS / USFK/Yonhap
Lockheed Martin Gets $1.3Bln to Manufacture More THAAD Interceptors
The US THAAD missile systems have been deployed in South Korea under the 2016 Seoul’s deal with Washington. The parties have been boosting their military cooperation amid growing tensions spurred by North Korea's ballistic and nuclear tests.

The THAAD systems deployment has been opposed not only inside South Korea. Some international players like Russia and China have expressed their protest over the move citing security concerns.