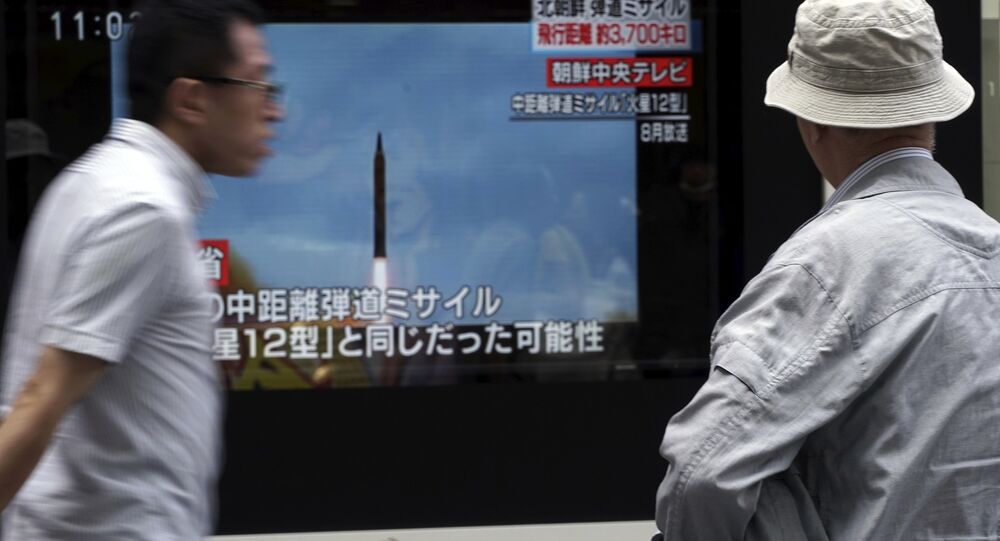 "North Korea has decided to stop nuclear and missile tests and focus on economic growth and improving well-being of its people, we welcome this decision," Foreign Ministry spokesman Lu Kang said in a statement.

He said this decision would help improve the situation on the Korean peninsula, calm tensions and promote denuclearization.

"We welcome the statement of Kim Jong Un, chairman of the Workers' Party of Korea, enshrined in the resolution … of April 20, on the termination of nuclear and missile tests by the DPRK starting from April 21, 2018, as well as [on the termination of] the use of the nuclear test site in this country," the ministry said in a statement.

"We consider this decision an important step toward further removal of tensions on the Korean peninsula and toward consolidation of positive trends in normalizing the situation in Northeast Asia," the ministry added.

The office of South Korea’s president has praised as meaningful the promise made by the North to halt nuclear and long-range missile testing and shut an atomic test site, local media said Saturday.

North Korea's move will create a "positive environment" at the talks with South Korea and the United States in the coming months, President Moon Jae-in's office said, adding it would take effort to prepare for next week's summit with Kim Jong Un.

"The announcement by the leader of the Democratic People’s Republic of Korea (DPRK), Kim Jong-un, that the country will, as of today, stop nuclear tests and launches of intercontinental ballistic missiles, as well as the closure of its nuclear test site, is a positive, long sought-after step on the path that has now to lead to the country’s complete, verifiable and irreversible denuclearisation, the full respect for its international obligations and all relevant UN Security Council resolutions, and the ratification of the Comprehensive Nuclear-Test-Ban Treaty," Mogherini said in a statement.

"The European Union looks forward to the upcoming Summit meetings between the President of the Republic of Korea, Moon Jae-in and the leader of the DPRK; and the President of the United States, Donald Trump, and the leader of the DPRK. We hope that these high-level initiatives can continue to build confidence and bring about additional, concrete and positive outcomes," she added.

"The European Union will continue to support a negotiated solution in any way possible, including through sharing our own experience of negotiations for denuclearisation. We will also continue to implement in full our policy of critical engagement, which combines strong pressure on the DPRK regime through sanctions — both imposed by the United Nations and autonomously imposed at the European Union level — with keeping communication channels open," Mogherini stressed.

After the report being issued, Trump tweeted: "This is very good news for North Korea and the World — big progress! Look forward to our Summit."

North Korea’s denuclearization is expected to be discussed at the summit between Kim Jong Un and US President Donald Trump in May or June.

London hopes that Pyongyang's commitment to halt nuclear and missile tests means that Pyongyang is going to hold talks in good faith, a spokesperson for the UK Foreign Office told Sputnik Saturday.

"A long term commitment from Kim Jong Un to halt all nuclear tests and ICBM launches would be positive step. We hope this indicates an effort to negotiate in good faith… We remain committed to working with our international partners to bring about our goal of a complete, verifiable and irreversible denuclearization of the Korean peninsula, and to do so through peaceful means," the spokesperson said.