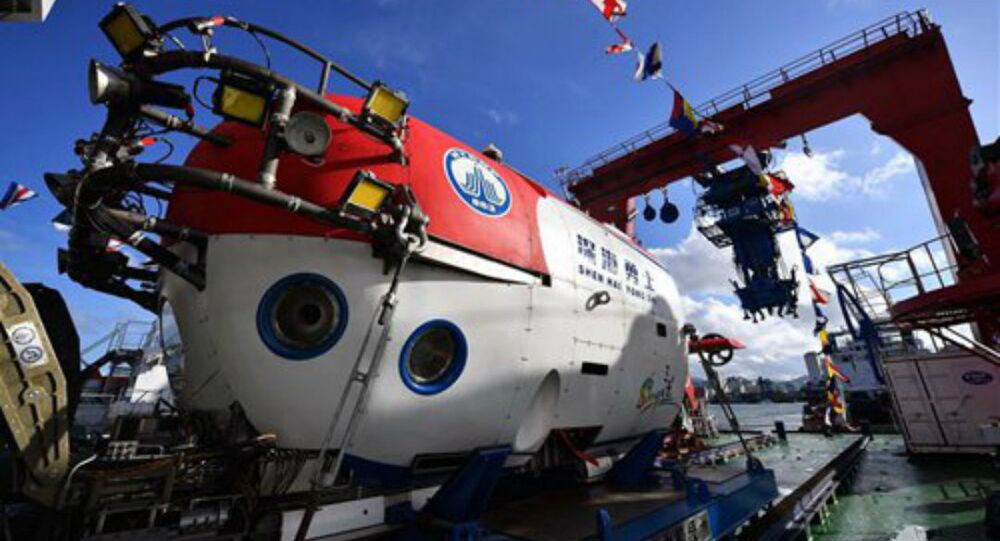 Just after the likely next head of US Pacific Command told Congress China’s undersea warfare capability is one of the most pressing threats to the US, a new report says Beijing is establishing another base in the South China Sea for deploying manned and unmanned submersible vehicles.

The base would be located in Sanya, a city on the southern edge of China's Hainan island, Asia Times reported Friday.

The Chinese state outlet People's Daily reported Thursday that workers are set to complete a new research center in Sanya for maritime exploration and data collection by 2019. The base, the construction costs of which are estimated at around $85 million, will be run by the Chinese Academy of Sciences.

The facility can reportedly service between five and seven manned and unmanned underwater vehicles, some of which can reach depths of 4,500 meters, or nearly 15,000 feet underwater. One of

The deep-diving vessels could be used to gather information on ships from foreign navies conducting freedom-of-navigation operations in the South China Sea, working alongside submarines and ships from the People's Liberation Army Navy, analysts told Asia Times.

"China has identified underseas warfare as a priority, both for increasing their own capabilities as well as challenging ours," United States Fleet Forces commander Admiral Philip Davidson told Congress this week during a hearing to address his nomination to become the next head of US Pacific Command.

"The Chinese are investing in a range of platforms, including quieter submarines armed with increasingly sophisticated weapons, unmanned underwater vehicles, new sensors and new fixed-wing and rotary-wing submarine-hunting aircraft… And they're also pursuing other technologies to give them better insights into our operations in the undersea domain," the admiral said.

While space exploration often evokes mystery in popular culture as the next or ultimate frontier, more humans have been on the moon than have explored the zone of the ocean named after Hades from Greek myth, the region from 20,000 feet below sea level to the ocean's lowest point, Mental Floss reported in January 2017.

In January, the Chinese Academy of Sciences revealed that underwater acoustic sensors had been placed strategically to track US or US-allied submarines visiting the US territory of Guam, where the US military maintains a base.

Some analysts say that China simply has a lot of catching up to do in anti-submarine warfare, which might be motivating the push to develop underseas warfare capability.

Research firm IHS Markit reported in 2017 that while the PLA-Navy will likely be the largest navy in the world by 2020, "it is widely acknowledged that the PLAN remains comparatively weak in countering underwater threats."

Nevertheless, "Beijing is cognizant of this potentially game-ending deficiency and has devoted considerable resources to boosting the PLAN's ASW capabilities in recent decades," IHS Markit added.