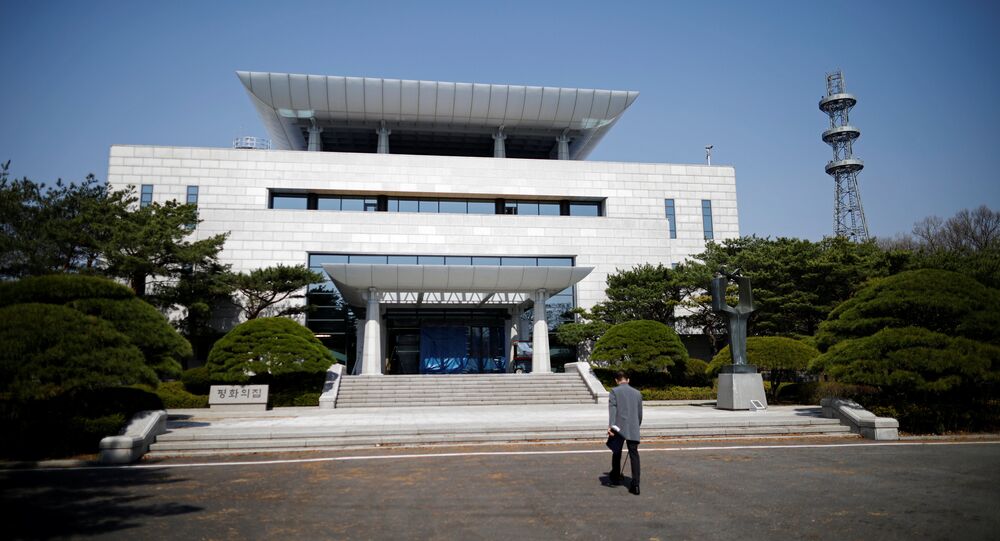 "A direct hotline between leaders of South and North Korea has been set up, and at 03:41 p.m. [06:41 GMT] today a phone call, which lasted 4 minutes 19 seconds, took place," the official said, as quoted by the Yonhap news agency.

Tensions on the Korean Peninsula escalated in 2017 after DPRK conducted several ballistic missile launches and a nuclear test in violation of UN resolutions.

© Photo : Driedprawns
Pyongyang, Seoul Hold Phone Call Via Reopened Hotline in Panmunjom – S Korean Official
The situation significantly de-escalated earlier this year, after Kim Jong-un ordered to restore a hotline between the two Koreas. The talks resulted in North Korean athletes having been allowed to compete in the Winter Olympics, held this year in South Korea's Pyeongchang.

In early March, a high-ranking South Korean delegation visited North Korea for talks with the North Korean leader. Upon the delegation's return, the South Korean presidential office announced that Seoul and Pyongyang had reached a historic agreement on holding the third ever summit of the countries' leaders.