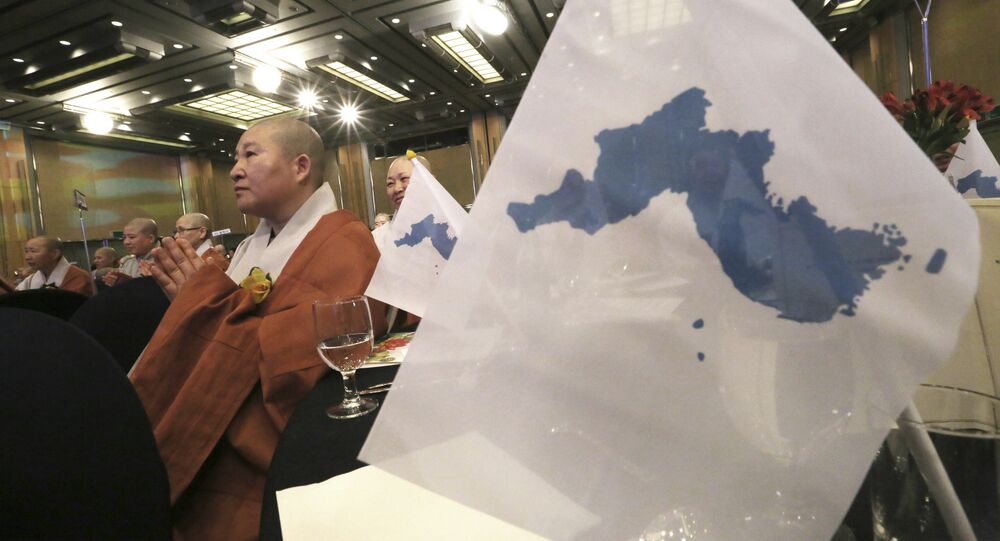 "We are examining the possibility of replacing the Korean Armistice Agreement with a peace treaty," Chung Eui-yong told reporters, as quoted by the Yonhap news agency.

The senior official said that the presidential office was looking forward to such an agreement between the two Koreas "in any form," noting that "if necessary there could be a three-party or four-party agreement."

"The meaning of denuclearization does not vary from country to country. The way we, the United States and North Korea see denuclearization is the same … It is not a goal that cannot be achieved," Chung said.

According to the official, Seoul and Washington have been discussing the ways in which to ensure the success of the upcoming inter-Korean and US-North Korea summits.

"For instance, we are discussing how we could remove the [security] concerns held by North Korea. We have also held in-depth discussions on how we could guarantee the North's bright future should the North make the right decision," he added.

US President Donald Trump said at a meeting with Japanese Prime Minister Shinzo Abe the day before that he would give his "blessing" to North and South Koreas to "discuss the end of the war."

© REUTERS / Major Jeff Landis,USMC (Ret.)/Naval Base Guam/Handout/File Photo
S Korean Air Force to Hold Joint Drills With US on Guam - Reports
On March 5-6, a high-ranking South Korean delegation visited North Korea. Upon the delegation's return, the South Korean presidential office announced that Seoul and Pyongyang had reached a historic agreement on holding the third ever summit between the countries’ leaders.

The meeting between South Korean President Moon Jae-in and Kim is scheduled for April 27, and it will be followed by Trump’s meeting with Kim, which is slated to take place at the end of May.

North and South Korea remain legally at war, as no peace treaty was ever signed after the Korean War of 1950-1953. The 1953 Korean Armistice Agreement provided for the suspension of open hostilities and a fixed demarcation line with a buffer zone.