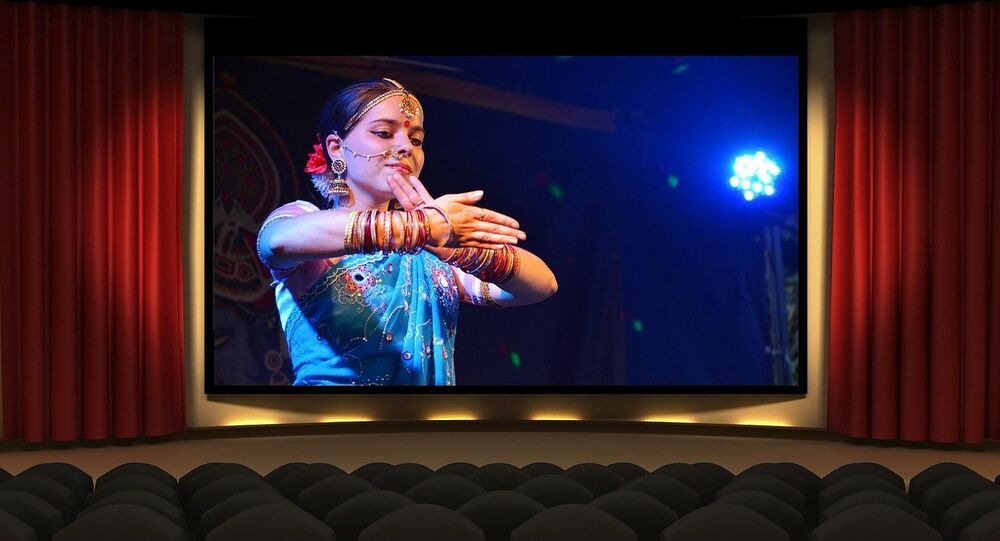 Russian Film Group head Alexey Petrukhin had briefly hinted about the intended joint film production around two years ago and now it has become official.

New Delhi (Sputnik) — The grand finale of the "70 years of India-Russia Friendship" celebrations in New Delhi was a gala event with splendid performances by eminent artists, but the center of attention was the trailer of the movie "VIY: Journey to India," an Indo-Russian joint film venture. The introduction clip was unveiled by acclaimed Indian actress Hema Malini, who heads the Indo Russian Parliamentary Friendship Group.

Hema Malini, who was part of an earlier Indo-Russian joint film production titled "Alibaba and the Forty thieves," said the coming together of Indian and Russian talents is a dream come true for her.

"After Raj Kapoor's popularity in Russia, I was humbled when I heard that Russian youths remembered me for my role in films. We always wanted Indian and Russian talents to work together. And finally it has come true," said the Bollywood star.

Hema Malini is fondly remembered by fans in Russia for her role in the movie "Sita Aur Gita" wherein she portrays two twin sisters.

The way Russians are crazy abt me is unbelievable. Esp Zeeta Geeta.They are ready to see Pt 2 if I’m going to act in it even now 40 yrs later! pic.twitter.com/DEZczyVjar

During her visit to Russia in October last year as part of the Indian Parliamentary delegation, Russian fans performed to her songs on stage at the Indian film festival.

Recently, the Indian Express suggested that actors Shah Rukh Khan and Ranbir Kapoor could be seen together in Russian producer Alexey Petrukhin's "VIY: Journey To India." According to the Indian Express, Alexey described the film as a mystic adventure thriller.

The first installment of the VIY franchise had smashed all box office records in Russia on its opening weekend, while the second, titled "VIY 2: Journey to China" featuring Jackie Chan and Arnold Schwarzenegger was also a big hit. "VIY: Journey to India" will be the last of the trilogy.

70 Years of India-Russia Relations: Celebrations to Continue Till October