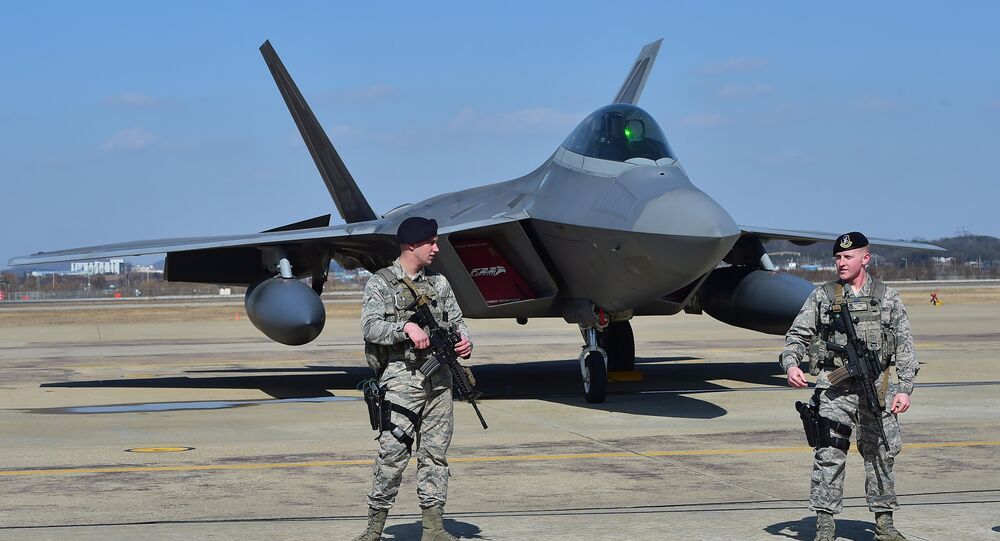 The US operates close to 800 foreign military bases across dozens of countries, including a number of Asian countries, such as South Korea and Japan.

A US combat facility in South Korea – Camp Humphreys – went into lockdown on April 13 due to an “active shooter” warning, according to the Stars & Stripes military newspaper. The incident was later confirmed to be a false alarm by a spokesperson for the base.

"It’s all-clear. They cleared the facility and they went in and determined there was nothing to it and it was a false alarm,” spokesman Bob McElroy said on Friday.

© Flickr / Mark Holloway
North Korea’s Weapon Innovations Could Render THAAD Totally Useless
Camp Humphreys is situated around 40 miles south of Seoul, in Gyeonggi-do Province. The garrison costed around US$11 billion to build and is the US’ largest overseas base, housing almost 30,000 combat personnel, support staff and their families.

Washington’s combat assets in South Korea have been expanded and bolstered in recent years in a bid to prepare for a potential war with North Korea.

As part of its long-term strategy to tackle what it views as aggression from Pyongyang, the US had repositioned some of its forces further away from the Korean Demilitarized Zone (DMZ) to stand a better chance against North Korea.

Although the US closed a few of its foreign military bases in recent years, it has continued to expand or even build and open new facilities in some countries, such as Syria, where it is providing support to the Kurdish-led Syrian Democratic Forces (SDF.)