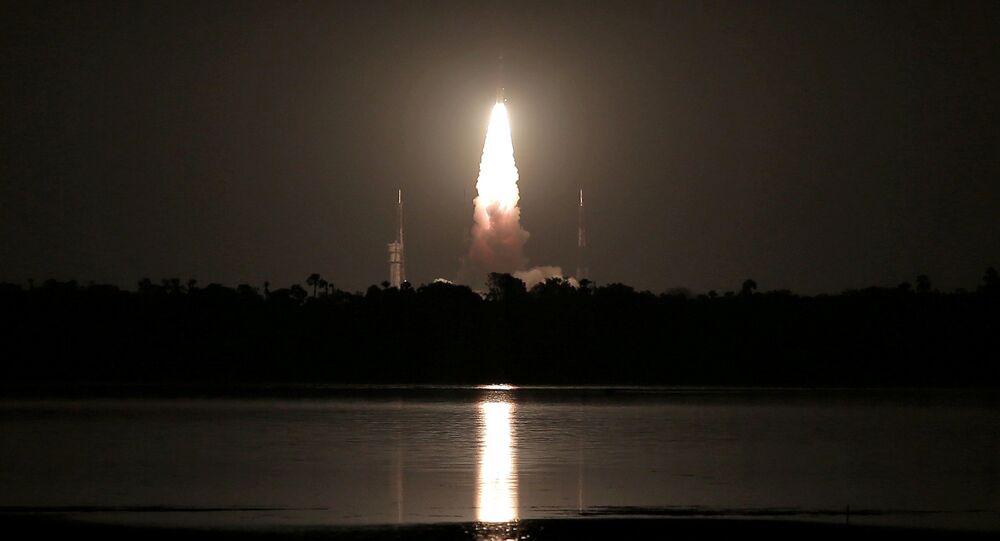 India had started the process of developing its own indigenous navigation satellite system after the US refused to provide GPS data to the Indian armed forces during the Kargil war with Pakistan in 1999.

"I am confident that the NavIC constellation will serve the underprivileged and unserved for years to come. I am really grateful to the entire ISRO family for having worked this hard and making IRNSS-1I a success," K Sivan, chairman of the ISRO, said after the mission was declared a success.

This was the second attempt by the ISRO to replace the faulty satellite IRNSS-1A since the first attempt was doomed due to a heat-shield failure of the Polar Satellite Launch Vehicle (PSLV) in August last year.

© AP Photo / File
India Set to Launch High Power S-band Communication Satellite for Armed Forces
Like all other IRNSS satellites, the IRNSS-1I also has a lift-off mass of 1,425 kg and carries two types of payloads — a navigation payload and ranging payload.

The Navigation with Indian Constellation (NavIC) system is an independent regional navigation satellite system designed to provide positional information in the Indian region and 1,500 km around the Indian mainland. The ISRO claims that NavIC is way more accurate than its foreign competitors and intends to offer a navigation system for commercial purpose from next year onwards. NavIC will provide a standard positioning service to all users, including mobile service providers, with a position accuracy of five meters. The GPS, on the other hand, has a position accuracy of 20-30 meters.