Warplanes from the People’s Liberation Army’s Eastern Theater Command recently conducted drills over rugged terrain in western China to simulate battle conditions over Taiwan, where it is ever “more probable” the planes will be sent for actual battle, the Global Times reports.

"The mainland needs to continue to prepare for a possible military clash across the Straits. A military showdown with Taiwan is becoming more probable and may take place sooner rather than later," an editorial in the Global Times published April 8 reads.

Pilots have recently practiced firing at ground targets and dogfighting over the Qinghair-Tibet plateau to simulate flying over mountains and through narrow valleys, which the pilots expect to have to navigate in the event of a military engagement with the island of Taiwan, which is separated from mainland China only by the 81 miles of sea in the Taiwan Strait.

The pilots and warplanes from the PLA's Eastern Theater Command would lead the Chinese force if the PLA finds itself with no other option than to declare war against Taiwan. While the forces under the Eastern Theater Command are familiar with amphibious assault operations, pilots are "out of practice" in regard to securing a contested airspace over Taiwan's diverse terrain, the Asia Times reported Tuesday.

Beijing has long considered the self-ruling island to be a rogue province destined for reunification with the rest of China. The PLA has not-so-subtly demonstrated its ability to do so militarily, with PLA Air Force sorties encircling the island and dozens of PLA Navy ships practicing drills off the island of Hainan. 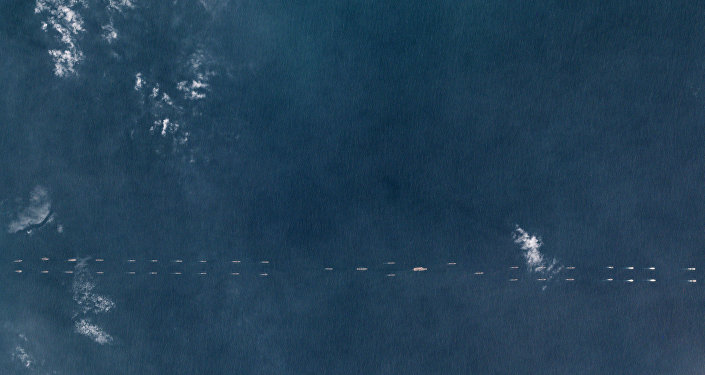 Since "the cost of dealing with Taiwan is rising immensely, a quick solution to the question may be essential. Despite a number of people being against reunification by force, the number that is pro-force and anticipating a cross-Straits war is growing unprecedentedly," warned the Global Times, a Chinese-owned news outlet.

War anxieties have sharply increased in recent months, with Taiwanese President Tsai Ing-wen failing to affirm the 1992 Taiwan Consensus, by which both Taiwan and the PRC acknowledge the principle of One China. Some fear this may lead to a declaration of independence by Taiwan. The island's relationship with the US has also been growing closer, and US President Donald Trump has made moves to support the Taiwanese government with new military hardware, including submarine technology, and the Taiwan Travel Act, which Chinese officials have said violates the One China policy.