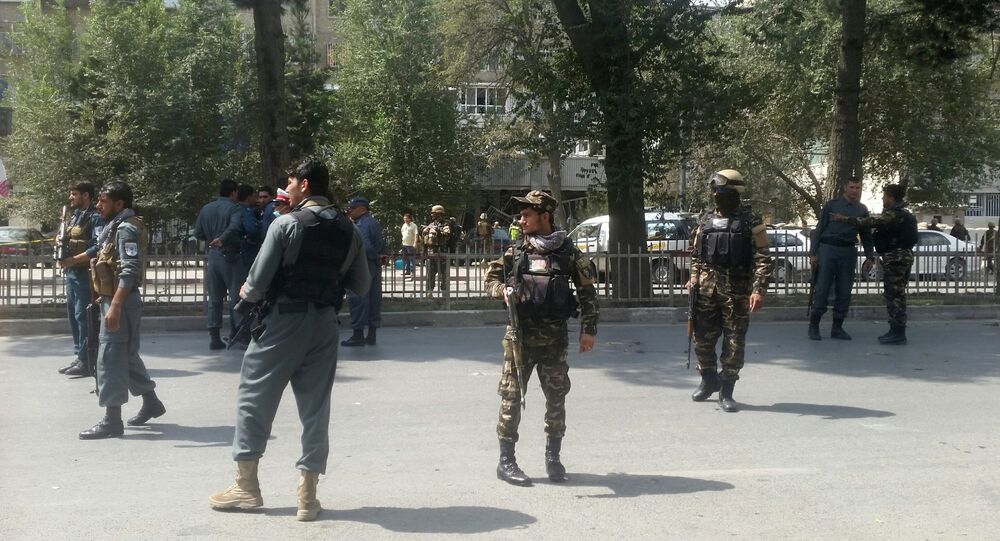 MOSCOW (Sputnik) - At least 17 individuals have been killed in a clash between the Afghan forces and the Taliban terror group in the western Herat province, Khaama Press News Agency reported.

The members of the Afghan security forces, killed in the fight, include a soldier and a member of the public uprising forces, represented by local militias, Khaama Press News Agency reported, citing provincial governor’s spokesman Jilani Farhad.

Four other members of the Afghan forces and eight Taliban* militants were also injured in the fight, the media outlet stated.

READ MORE: Ex-Afghan President Karzai: Only Russia Can Help, Not US Who's Been Killing Us

© AP Photo / Rahmat Gul
At Least 4 Civilians Killed in Anti-Taliban Raid in Afghanistan - Reports
Violence related to terrorist activities has not occurred frequently in Herat over the past years. However, militants have been attempting to destabilize the situation in the region by staging attacks on civilians.

In the most recent case, five people were killed and seven others were injured by a blast of several explosive devices attached to a motorcycle in Herat.

Afghanistan has long suffered from political, social and security-related instability because of simmering insurgencies, including by the Taliban and Daesh*. The US and the Kabul government have been fighting a war with the Taliban since 2001. Before that, the country faced nearly two decades of civil war, remaining divided into several warlord-controlled regions throughout much of the 1990s.

Two Suicide Bombers Blow Themselves Up in Afghanistan - Reports

Sputnik Falls Victim to Aggressive US Disinformation in Afghanistan