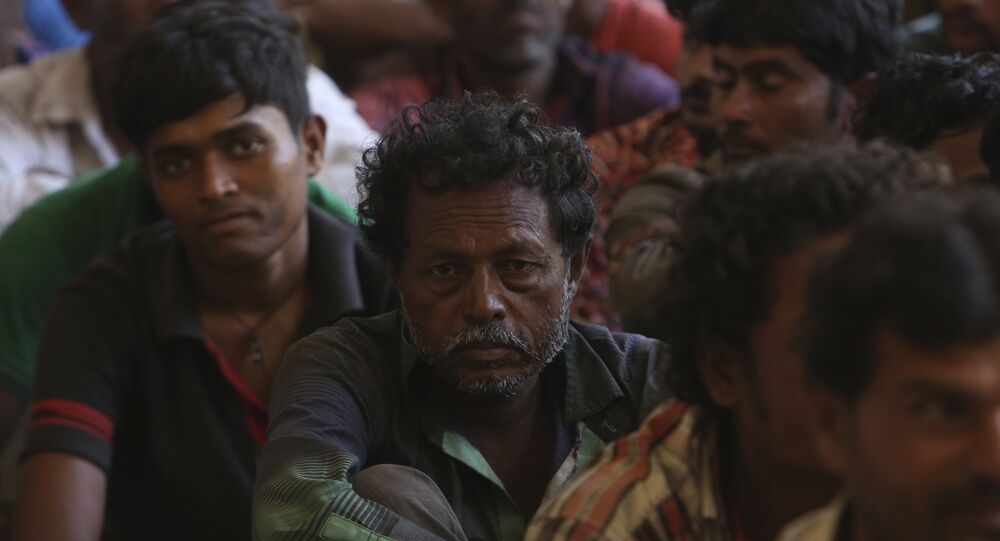 Owners of large fishing vessels belonging to countries of the Gulf employ a large number of Indian and Bangladeshi citizens, as they do not have enough workforce within the country.

New Delhi (Sputnik): Amid increasing cases of arrests of migrant laborers by Iranian authorities, the Indian government has put a blanket ban on migrant workers to avoid jobs on vessels leaving from Saudi Arabia, UAE and Bahrain.

Sputnik reviewed a special advisory issued by India's Ministry of External Affairs on April 6 in which Indian workers have been categorically asked not to take up work on fishing vessels or trawlers which may be moving from these countries towards Iran till further notice, "as it may lead to their possible detention, arrest or endanger their lives."

Amid rising cases of arrests of Indians in Iranian water, Indian govt has advised migrant workers to avoid fishing jobs on trawlers or vessels owned by UAE, Bahrain and Saudi Arabia. pic.twitter.com/0V7P4hsqwR

"All registered recruitment agents are advised not to process cases of employment/engagement of Indian emigrants/workers on fishing vessels/trawlers moving towards Iran from Bahrain, Saudi Arabia, and the United Arab Emirates. All protectors of emigrants are also advised to be extra cautious in granting emigration clearance," the advisory reads.

"Several instances of arrest or detention by the Iranian authorities have been noticed by the Indian mission or post abroad in recent past since the Islamic Revolution Guards Corps (IRGC) Navy is engaged in checking smuggling in the Persian Gulf. There may also face possible legal action leading to fines by the Iranian authorities or serve the jail term in Iran," the advisory warns.

The move comes as several Indian fishermen were arrested on fishing vessels for allegedly venturing into Iranian waters. They were released only after spending several months in Iranian Coast Guard custody. Last year on October 24, Iranian authorities detained 15 Indian fishermen after they "inadvertently" strayed into Iranian waters. Last April, Iran released 15 fishermen from the southern Indian state of Tamil Nadu. They were detained with their 3 Bahraini boats on October 22, 2016.