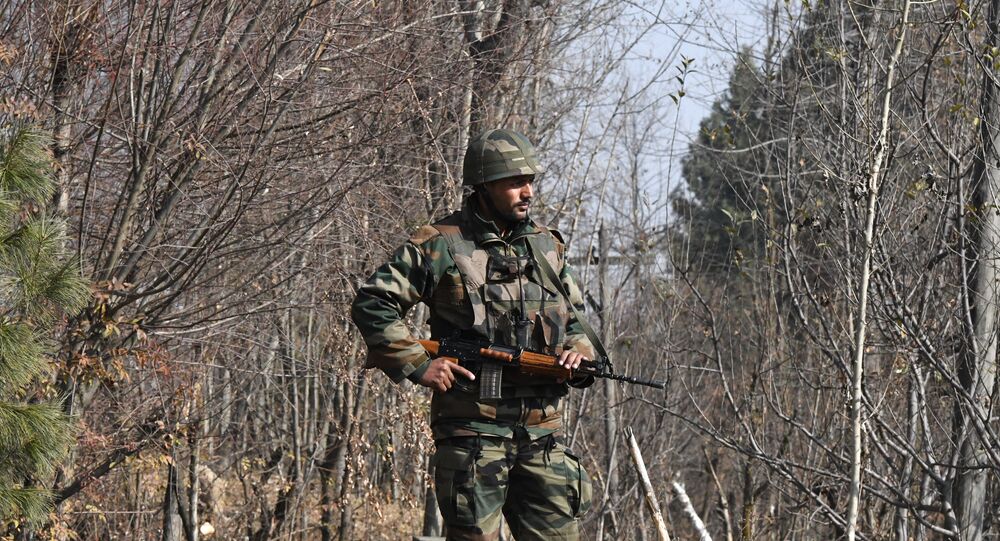 The jackets finalized for procurement would provide Level 3+ protection as the plates used in the jacket can repel not only regular 7.62x51 ammunition but also steel-core bullets like the AK-47s 7.62x39 mm, which can shatter regular Level III body armor.

New Delhi (Sputnik): The Indian defense ministry has finalized a major contract with domestic private firm SMPP Limited for the procurement of over one 180,000 bulletproof jackets worth approximately $99 million.

The 1.3 million-strong army had been facing a severe shortage of bulletproof jackets since 2009. The heavy casualty among soldiers during counter-insurgency operations and those deployed along the border was mostly attributed to the absence of the basic gear. The latest casualty was recorded in December last year, when four armed personnel, including an Army Major, were martyred during an attack by the Border Action Team of Pakistan Army.

READ MORE: Indian Troops Get Combat Helmets For the First Time in Decades

"The new bulletproof jackets will provide 360-degree protection to the soldiers in combat, including from latest hard steel core bullets. The provisioning of this operationally urgent and very critical equipment concerning personal ballistic protection, will boost the confidence of the soldier and provide moral ascendancy to security forces," Indian defense ministry said in a statement.

© AP Photo / Anjum Naveed)
India Accuses Pakistan of Ceasefire Violation on Kashmir Border - Reports
The new bulletproof jackets are being manufactured by an Indian company named SMPP private limited which bagged the contract after beating two prominent gear manufacturers. The previous purchase attempt made by the Indian defense ministry in 2009 could not be concluded as samples submitted by different firms had failed trails conducted at the Terminal Ballistics Research Laboratory, Chandigarh. The procurement process was called off citing lack of technology and manufacturing expertise within the country.

The new jacket weighs approximately 10 kilograms- almost half the weight of presently available jackets with the army — and offer Level 3+ protection for the user.

The company claims that SMPP is one of only five companies in the world that make the ceramics — one of the lightest and hardest materials used for stopping bullets.

The delivery of the jackets will commence in the next few months and the order will be completed within the next three years. The Indian Army needs a total of 353465 bulletproof jackets, according to official statistics.