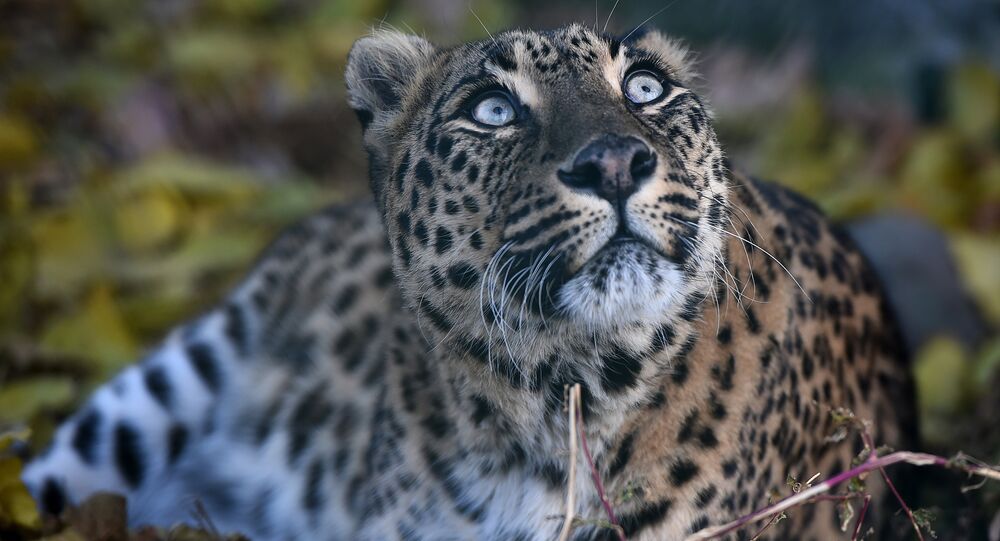 Two forest guards in India have become heroes overnight after they found a sick leopard lying unconscious near a forest range and took it to a veterinary hospital on their motorcycle.

New Delhi (Sputnik): In a heartwarming example of compassion, two forest guards in India's northern state of Uttar Pradesh have been credited for saving a leopard after they rode with the ailing wild beast to a nearby veterinary on their motorcycle, as arranging for a cage would have taken time.

The incident happened in the Maharajganj district of the Gorakhpur area, which made headlines in 2016 for a series of attacks by leopards on villagers.

© CC0
Shocking Footage Shows Leopard Attacking Residents in Indian City (VIDEO)
The Times of India reported that on Sunday, at around 11 am, forest guards found a leopard lying unconscious near Potha Nulla at Tangia 28 nursery in the Dakshini Chowk range and informed higher officials about the matter. The forest guards had requested for a cage to carry the leopard to a nearby veterinary hospital. Apprehensive that the wait for a cage may prove fatal for the big cat, two staffers decided to carry it on a motorcycle to save its life without fearing for their own.

"The leopard was treated and given food. It responded very well and recovered quickly. It has been kept under observation for two days. We are trying to find why leopards are getting sick in Dakshini Chowk range," District Forest Officer Manish Singh told the media.

Meanwhile, social media is abuzz with words of praise for the two forest guards who risked their own lives to save the wildcat.

What a heart warming story. Instances like this make one's day.https://t.co/xjp3EbSbCU

Must appreciate these villagers.
But lack of infrastructure is worrying.

​GORAKHPUR: Setting a unique example of compassion and devotion for wildlife, forest… https://t.co/1N1YAIw0cY

Leopard Gets Head Jammed in Pot in India