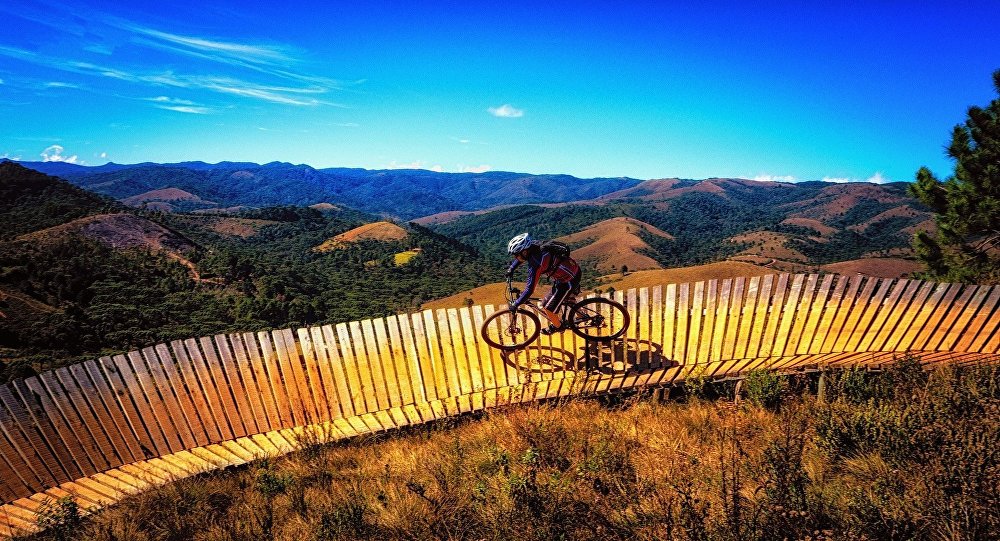 44-year old Oleg from Moscow, who is traveling the world on his bicycle, had pitched his tent on a paddy field in India to escape bad weather, but farmers mistook him for a thief. He is currently recovering from a surgery of the right jaw at the Osmania General Hospital in Hyderabad.

New Delhi (Sputnik) — A Russian cyclist named Oleg has suffered a broken jaw in the southern Indian state of Telangana when he was mistaken for a thief and beaten up by farmers in Bhiknoor village in the Kamareddy district. Oleg is reported to have travelled through 30 countries on his bicycle so far and India is the 31st country he is exploring.

#Hyderabad: A #Russian cyclist on a world tour was injured in an attack by a #Telangana farmer and his neighbours, who mistook him for a thief. pic.twitter.com/Bnqo2OyJLG

The incident took place on Friday night when Oleg had pitched his tent in a paddy field to shield himself, when it suddenly started raining heavily. When the owner of the field came to inspect his crop, they saw an unidentified structure amidst the crop and got alarmed. In the ensuing confrontation, a scuffle broke out between Oleg and the farmers, who mistook him for a thief due to miscommunication.

Swetha Reddy, superintendent of Police of the Kamareddy district, said that the incident is purely the result of a misunderstanding, as the farmer did not know Russian and OIeg did not understand Telugu. She said that the Russian Embassy in New Delhi has been informed of the incident.

"Oleg was taking shelter at an agricultural field because of heavy hailstorm on Friday when he was on his way to Hyderabad from Shirdi. After the hailstorm stopped, the owner of the field reached the field to inspect the damage. But he found Oleg inside a tent which was pitched in his field. The farmer wanted to know what he (Oleg) was doing in the field. However, the conversation between the farmer and Oleg in different languages only led to the farmer getting agitated and suspicion brewed into an altercation," a police official of Bhiknoor police station told Sputnik.

It is said that the Russian was trying to use Google translate on his tablet in an attempt to get his message across to the farmers, but they could not construe what he was up to and instead became more suspicious.

In Gods We Trust: Broke Russian Tourist in India Found Begging Outside Temple