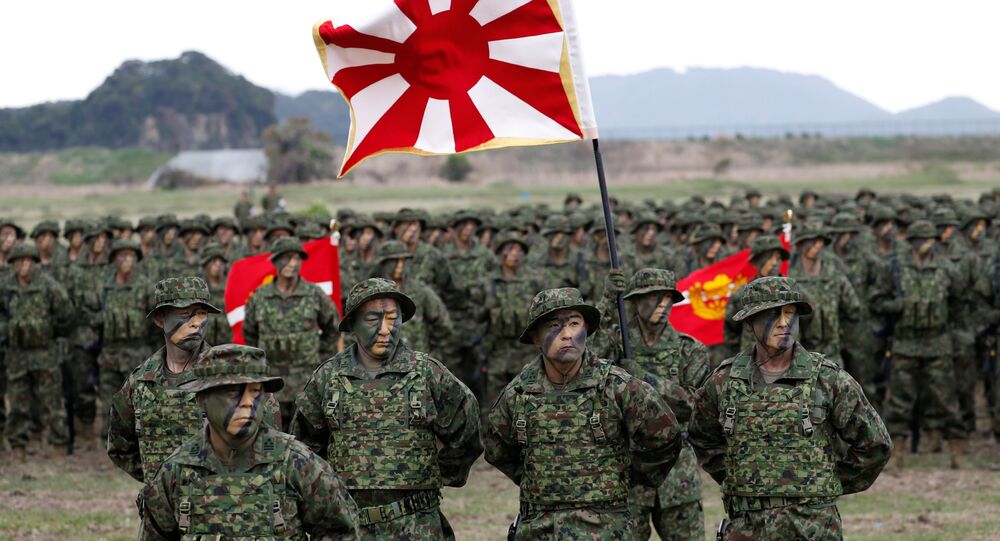 "The Amphibious Rapid Deployment Brigade will show to the international society our firm resolve to defend our islands," a senior Defense Ministry official said at a special ceremony, as quoted by the Kyodo news agency.

Based in the port city of Sasebo on the southwest island of Kyushu, the new 2,100-strong unit is supposed to evolve into a 3,000-member force, according to the media outlet.

The new brigade is also expected to be reinforced by 17 V-22 Osprey tilt-rotor aircraft and 52 Amphibious Assault Vehicles-7 so that the unit could be swiftly deployed and storm a beach from the sea.

The formation of the new brigade and rhetoric around it may be seen as controversial since, under the constitution enacted after World War II, Tokyo pledges to never maintain "land, sea, and air forces, as well as another war potential" in order to "forever renounce war as a sovereign right of the nation and the threat or use of force as means of settling international disputes."

The Senkaku Islands, also known as the Diaoyu Islands, have been disputed between China and Japan for decades. China says that the contiguous islands have been part of its territory since ancient times. The islands are currently controlled by Japan, which argues that the islands have been under its territory since 1895. After World War II, the islands fell under US control as part of the occupation of Japan and were then transferred to Tokyo in 1972.