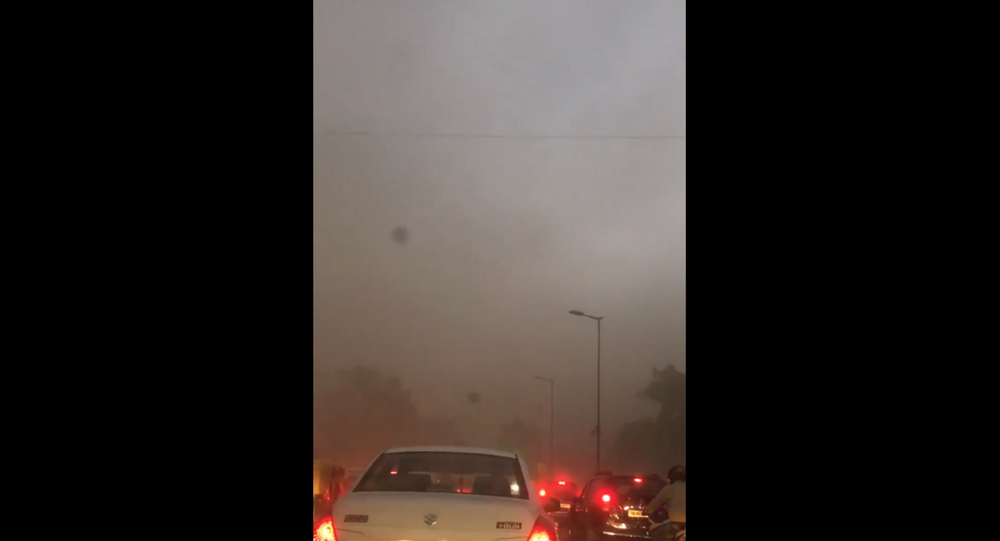 After dealing with a heat wave for several days, residents living in India's National Capital Region and Delhi witnessed a dramatic weather change on Friday after getting hit with rains and dust storms.

With the dust storms dramatically reducing visibility, officials have warned residents to be cautious as powerful winds have caused some trees to become uprooted.

​"The squall, with a wind speed of 81 kilometers per hour, hit the Safdarjung observatory," an official with India's Meteorological Department told the Indian Express. "It started at 5:33 p.m. and lasted till 5:35 p.m., after which the mercury fell to 33 degrees Celsius at 5:30 p.m."

​As on Earth, so in heaven: on top of causing mayhem for drivers and cyclists on the ground, dust storms have also caused a total of 24 flights to be diverted from the area to airports in Amritsar.

"Passengers [are] advised to be patient as we are doing the best we can," Sanjiv Kapoor, the chief strategy and commercial officer for Vistara Airlines, tweeted Friday. "Weather not in our control and airport also has constraints in handling so many unexpected flights and passengers."

​According to reports, residents will likely have to push on through the weather for a couple of days before things begin to settle.

​Skymet Weather reported that thunderstorms and dust storms would persist for the next 24 to 48 hours, with the intensity of the rains peaking by April 9. It added that rain and thundershowers would die down by April 10.

​It's presently unknown if any deaths have been caused by this storm.