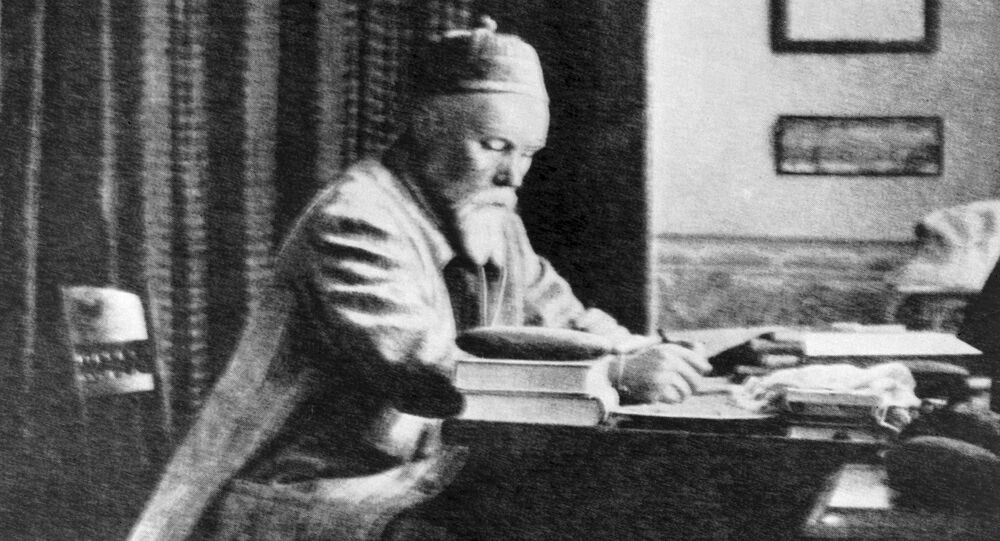 Amid calls for renewed efforts in promoting the legacy of Nicholas Roerich as a medium of collaboration between India and Russia in the art sphere, an Indian artist says the Roerich Estate in Himachal Pradesh can be a center for learning Russian Iconography which has many patrons in India.

New Delhi (Sputnik): More than seventy years after his death, Nicholas Roerich's memories continue to have great significance for the Indian state of Himachal Pradesh which the Russian painter, writer, and philosopher called home since 1927 until his death in 1947.

During a recent meeting with the Russian Ambassador Nikolay R. Kudashev, Governor of Himachal Pradesh Acharya Devvrat stressed that the International Roerich Memorial Trust, which manages Nicholas Roerich's estate in the state, should do more to promote his legacy, according to Indian news agency IANS.

The Governor pointed out that Roerich was a strong supporter of ancient Indian tradition and customs and strengthened ties between the two countries.

"We have to move forward by organizing international conferences or seminars to promote the legacy of Roerich," Governor Acharya Devvrat was quoted as saying by the IANS.

An Indian artist agrees that there is a tremendous scope of collaboration among Indian and Russia artists and there could be no better venue other than the Roerich Estate in Naggar of Himachal Pradesh to facilitate such collaborations.

"We live in an age when art is valued and it has the potential to push aesthetic values as well as commerce. Russian iconography today has many patrons in India but very less avenues to learn or practise. We need to look at mutual learning," iconographer and art enthusiast Fr Geevarghese John told Sputnik.

The Russian Ambassador is the lifetime member of International Roerich Memorial Trust and its Vice President and the Himachal Pradesh Chief Minister is the ex-officio President. The trust manages Roerich's estate near Kullu town which hosts over 8,126 artifacts, including 37 paintings by Roerich, 12 paintings by his son Svyatoslav Roerich, 1,586 memorial objects, 1,736 books and journals and 3,070 'herbarium' collections.

Roerich's wife Helena, a famous writer, and sons Yuri, a prominent oriental scholar, and Svyatoslav, a well-known painter, and Svyatoslav's wife Devika Rani all stayed with him in Naggar.

Nicholas Roerich Estate Museum Near St. Petersburg to be Renovated