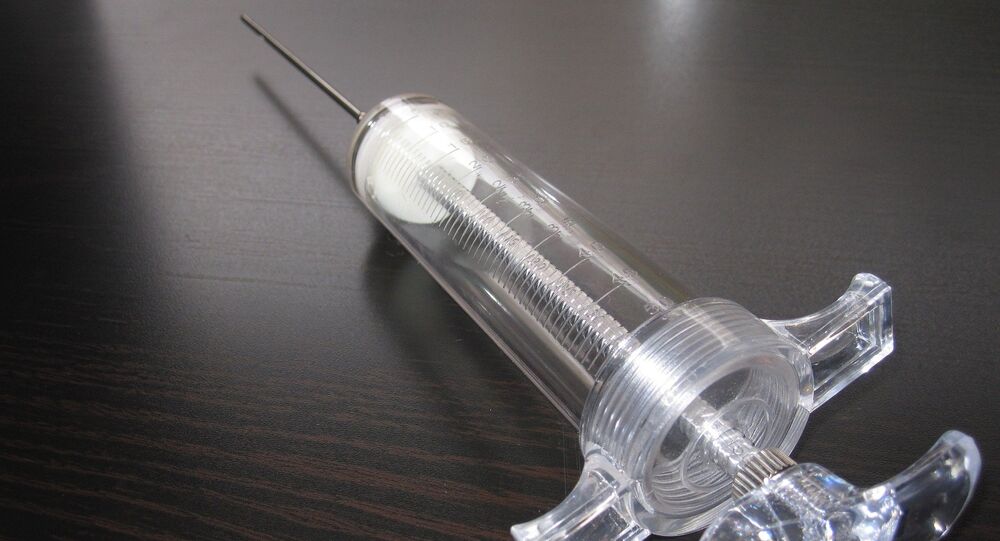 The Indian squad for the Commonwealth Games had kicked up a stir when a used syringe was found outside the accommodation of a boxer in Gold Coast. Though it was later established that the syringe was used for therapeutic purpose, organizers said it did contravene the games' "No Needle" policy.

New Delhi (Sputnik): Though the Indian contingent at the Commonwealth Games (CWG) in Australia has been cleared of any doping allegations, the squad remains under the scanner for violating the "No Needles" policy.

India's boxing coach Santiago Nieva stated that the syringe that triggered the controversy was used to administer a "vitamin substance" to an ill boxer. The team's doctor was summoned on Tuesday by the investigating committee and let off after reprimanding him for improperly disposing the syringe.

The doctor for India's boxing team has been given a "strong written reprimand" after breaching the "no-needle" policy at the Commonwealth Games.

Nevertheless, the controversy did create problems for other teams participating in the international event that is set to commence on Wednesday.

After the needle was found, dope tests were conducted first on the boxers and then on each of the Indian squads as and when they arrived in batches by the Commonwealth Games Federation Medical Commission. One of the coaches accompanying the Indian squad told the Times of India that the incident has dampened the spirits of Indian players, which could reflect on their performance.

We are buzzing ✨🎉✨That's how you kick off 11 days of unforgettable sport! Head over to our Facebook for a full album of the #GC2018 Opening Ceremony! #SHARETHEDREAM https://t.co/Ph82XAL8ni pic.twitter.com/RlVzLxJ5RA

"[The Indian] Athletes wanted to rest in their rooms after a long flight, but here they were asked to give their samples even before settling down properly. It's not only harsh on these athletes, but embarrassing as well. Just because of the fault of some athlete [boxer], the entire contingent is being looked upon with suspicion," said a coach to Indian newspaper Times of India. His name was not published in the newspaper.

© Sputnik / Valeriy Melnikov
Russia Will Never Agree With State-Sponsored Doping System Allegations - Sports Minister
On Tuesday, CWG officials in a press conference cleared India of any doping charges while saying that the no-needle policy for the games had been violated and an investigation was ongoing.

The policy prescribes that all syringes must be stored only at a centralized place and access will be granted only to medically qualified practitioners of the commonwealth games association (CGA) delegation for treatment of illness, injury or other medical condition for which a Therapeutic Use Exemption (TUE) must be obtained.

"It is surprising as well as distressing that athletes representing the country at such prestigious events are not made aware of the strict rules in force. India was in line to put up its best-ever show at this year's games and now the controversy will take its toll on the performance of the athletes. It also defies belief how a seasoned boxer could jeopardize his chances as well as perhaps his career by taking such a huge risk and then throwing the syringe outside his own room," said Sunil Garodia, a senior Indian writer with the India Commentary portal.

It's pertinent to mention here that ASADA had entered into an agreement with India's National Anti-Doping Agency (NADA) last year to share the whereabouts of athletes as part of their pre-CWG anti-doping operation.

The ASADA team had reportedly collected urine samples from Indian Greco-Roman wrestlers participating at the Asian Championships in New Delhi in May last year and had even visited Patiala's National Institute of Sport (NIS) to collect samples of CWG aspirants.