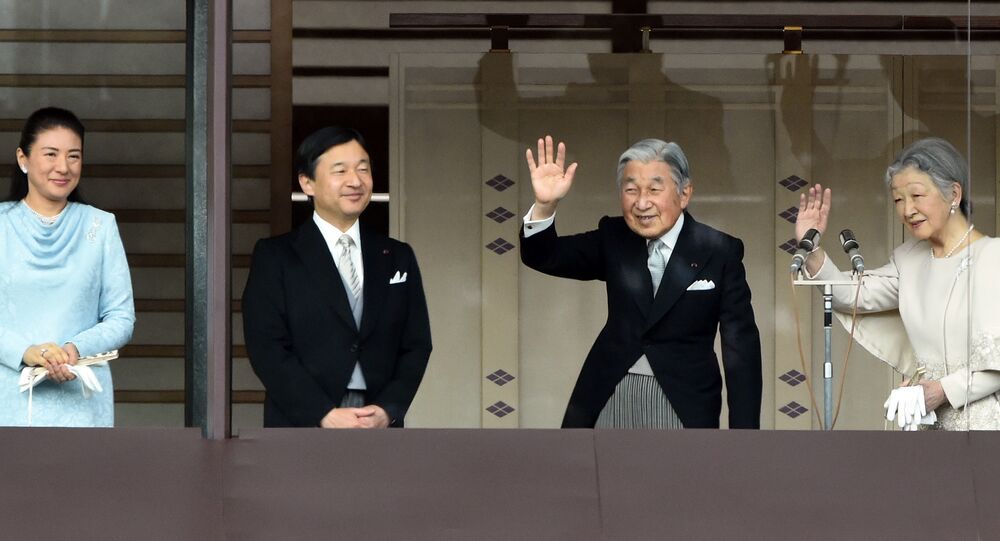 Female imperial family members will not attend the event, according to Kyodo news agency.

Japan’s Emperor Akihito will cede the throne on April 30, 2019, with Crown Prince Naruhito succeeding him the following day.

Akihito ascended to the Japanese throne in 1989 after Emperor Hirohito's death. According to the Japanese Constitution, the emperor has a merely ceremonial role, being a symbol of the nation and national unity. Akihito has two sons — Naruhito and Fumihito (Prince Akishino) — who are the first and the second in line to become Japan's emperor under male-only succession system.

© CC0
Japan Commemorations for New Emperor, 2020 Olympics to Drive World Gold Price
The 84-year-old emperor hinted at his readiness to renounce the throne in a rare video message to the public in August 2016, expressing his concern of becoming unable to fulfill official duties due to his age. Abdication is not stipulated by the Imperial Household Act of 1947, under which the throne passes on only after the death of an emperor.

Ten months later, in June 2017, the parliament passed a bill, which allowed Akihito to step down and be succeeded by his elder son.