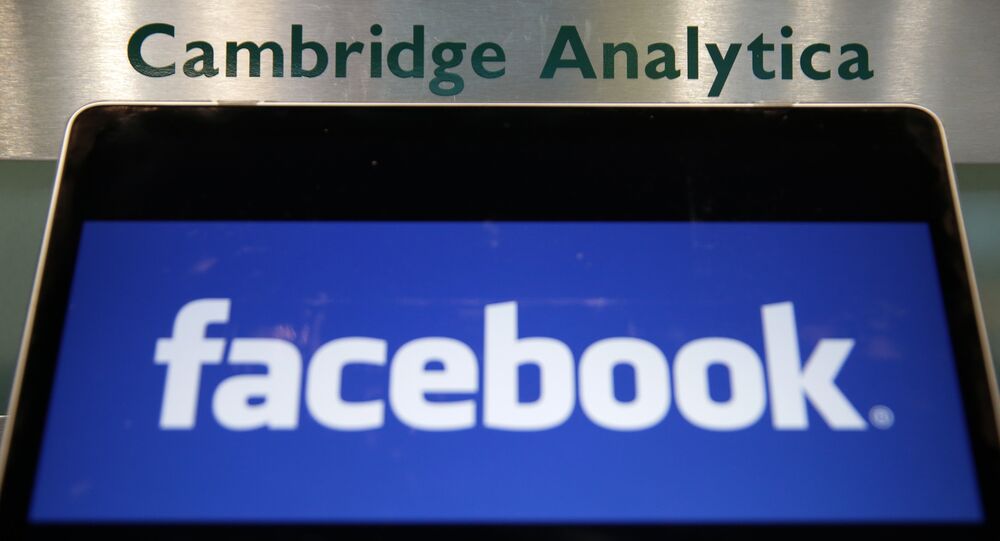 NEW DELHI (Sputnik) - The Indian Ministry of Electronics and Information Technology sent on Wednesday a notice to Facebook, asking the latter to clarify if the personal information of Indian citizens had been misused by the Cambridge Analytica firm or any other downstream entity and provide more details on the personal data breach.

Last week, the ministry sent an analogous notice to the Cambridge Analytica firm, which is accused of having harvested the personal information of millions of Facebook users without their permission.

"It is felt that there is a need for further information about the data breach from Facebook. Accordingly, a letter has been issued by the Ministry of Electronics & I.T. on 28th March 2018 to Facebook seeking their response to the following questions: whether the personal data of Indian voters and users has been compromised by Cambridge Analytica or any other downstream entity in any manner, and if so, how was it compromised?" the ministry said in a statement.

The ministry has also asked the social network's management to clarify what steps are being taken by the company to ensure the safety and privacy of personal data and to prevent ITS misuse in order to interfere in the electoral process in India.

"Facebook has been called upon to give their response by 7.4.2018," the statement read further.

According to media reports, Cambridge Analytica, a UK-based data and political consultancy firm, harvested information of about 50 million Facebook users without their permission. While reportedly working for multiple political campaigns, the firm gathered data from these millions of social media accounts to develop a mechanism that would predict and influence the behavior of voters.