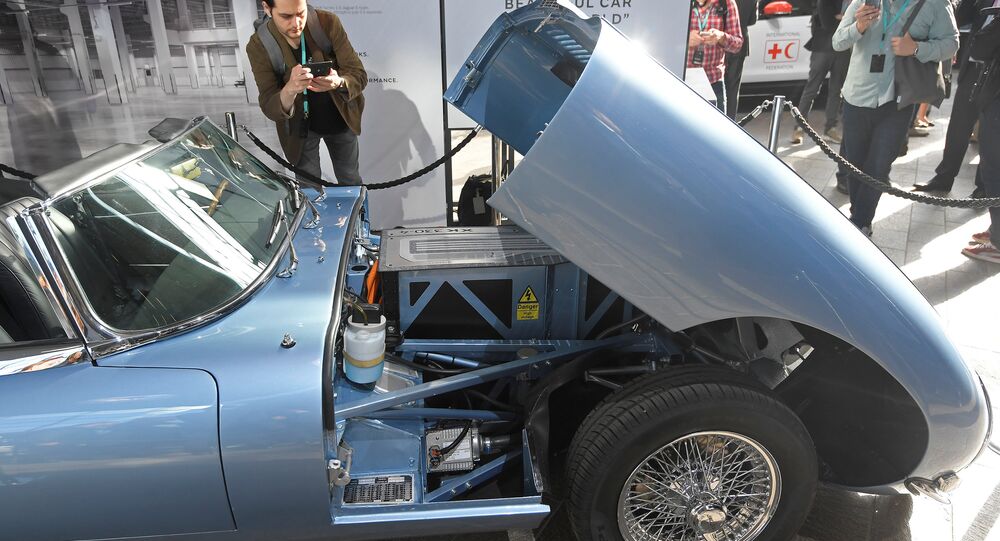 Jaguar Land Rover is a subsidiary of India’s Tata Motors and Waymo is the autonomous car technology subsidiary of Google. Both the companies will work together to design and engineer a self-driving version of the Jaguar I-PACE fully electric SUV.

New Delhi (Sputnik): Jaguar Land Rover (JLR) has struck a major deal worth over $1.3 billion with Waymo for the manufacturing and supply of up to 20,000 self-driving cars. Waymo is Google's self-driving car technology arm and is preparing to launch the autonomous car service later this year.

The Jaguar I-PACE was launched earlier this month and is the company's first full-electric SUV. To date, Waymo is the only company with a fleet of fully self-driving cars — with no one in the front seat — on public roads. Later this year Waymo will launch the world's first self-driving transportation service allowing members of the public to use Waymo's app to request a vehicle. The carmaker has vowed to make electrified versions of all its models by 2020.

"Up to 20,000 I-PACEs will be built in the first two years of production and be available for riders of Waymo's driverless service, serving a potential one million trips per day," JLR said in a statement.

The announcement comes nine days after an autonomous Uber sports utility vehicle (SUV) struck and killed a pedestrian in a suburb of Phoenix, Arizona in the US — the first life claimed during the testing of self-driving vehicles. In wake of the Uber crash, chipmaker Nvidia announced the suspension of its testing, following the footsteps of Toyota and nuTonomy.