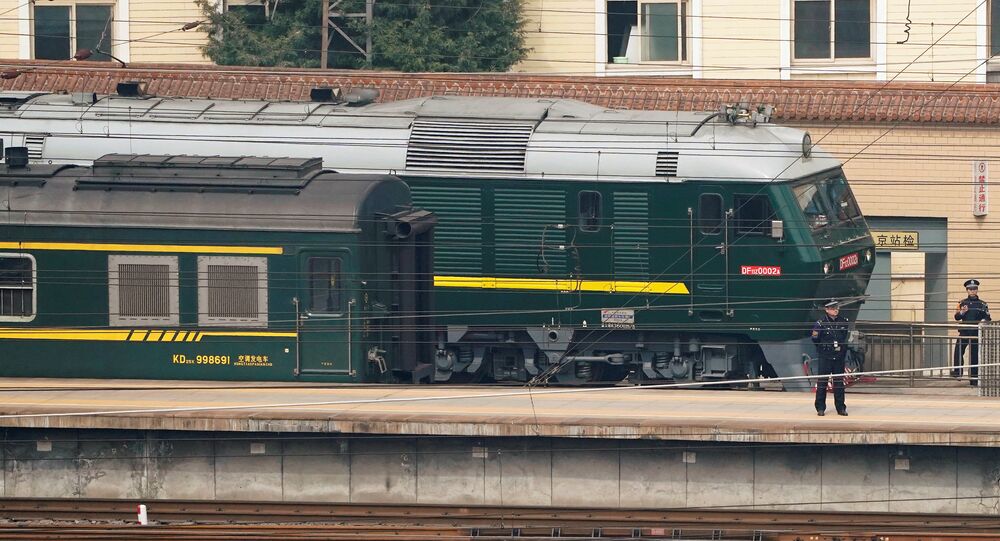 A delegation of high-ranking North Korean government officials, possibly including Kim Jong Un himself, may be visiting Beijing; a mysterious train recently arrived at the Chinese capital amid heavy security.

Media have speculated that Kim Jong-un has arrived in China in a surprise visit following sightings of a special train – allegedly the same train Kim’s father and predecessor Kim Jong-il used to visit Beijing – arriving at the Chinese capital.

The speculations were bolstered by reports of a convoy of Chinese officials' cars "leaving the east gate of the guesthouse Tuesday, heading in the direction of government offices and the city's two train stations," according to AP.

Whoever has arrived in Beijing got quite a motorcade: pic.twitter.com/qL1Q55Hnma

​A Sputnik correspondent reported that security measures were heightened on the main road of Beijing on Tuesday, with police patrols being deployed along the entire eastern part of Changanjie street and down to the central square of Tiananmen in front of the Great Hall of the People.

Also, various sources in China reported enhanced security at multiple railway stations that Kim might have used along the way.

Later AP reported that the mysterious train that might've brought Kim to the Chinese capital has already departed from Beijing.

While neither Pyongyang nor Beijing made any official statements regarding this alleged visit, speculations abound that it may be related to the upcoming summits between Kim Jong Un and South Korean President Moon Jae-in in late April, and with US President Donald Trump by May.

It may also be the first official visit made by Kim Jong Un as the North Korean head of state.