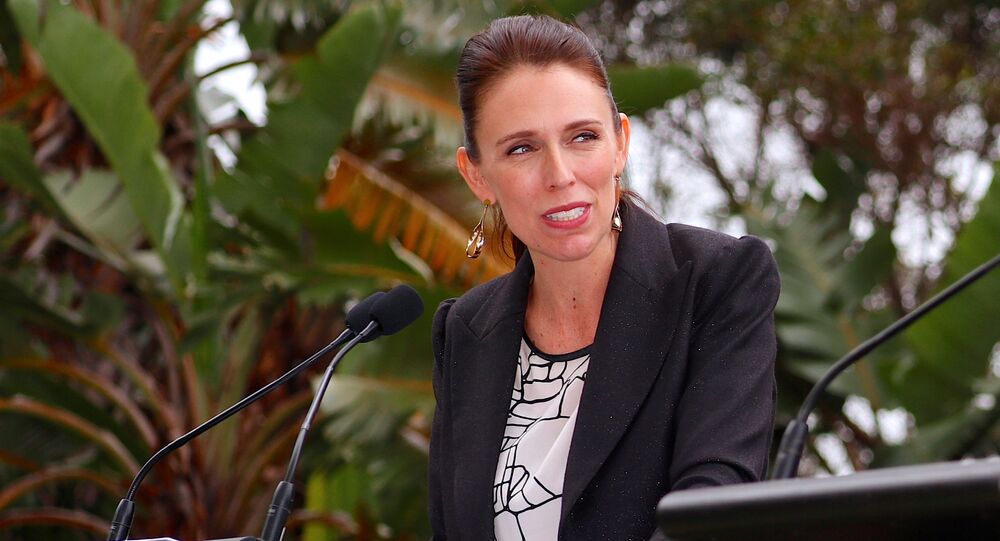 New Zealand has no plans to expel Russian diplomats in solidarity with a number of Western states in connection with the poisoning of former Russian spy Sergei Skripal in the United Kingdom, country's Prime Minister Jacinda Ardern said on Tuesday.

Ardern told Newstalk ZB broadcaster that the Russian diplomats, which will be expelled from these countries, were undeclared intelligence officers.

"We ran a check, we don't have those in New Zealand but if we did we would expel them," Ardern said as quoted by the broadcaster.

US President Donald Trump, in particular, ordered the expulsion of 60 Russian diplomats, including 48 employees of the Russian Embassy and 12 people who have been assigned to the United Nations in New York, as well as the closure of the Russian Consulate in Seattle.

© CC BY-SA 3.0 / Grahamec / Russian Embassy Canberra
Australia to Expel 2 Russian Diplomats Over Skripal Case - Reports
A total of 16 EU countries, as well as the United States, Canada, Albania, Norway, Ukraine, Macedonia and Australia announced on Monday their decisions to expel about 100 Russian diplomats in connection with Moscow's alleged involvement in the nerve agent attack on Skripal and his daughter in the UK city of Salisbury.

Skripal, a former GRU colonel and a double agent who worked for UK intelligence, and his daughter Yulia have been in hospital in a critical condition since March 4 due to exposure to what the UK experts say was a A234 nerve agent. UK Prime Minister Theresa May has accused Russia of orchestrating the attack and expelled 23 Russian diplomats, while the European Union has expressed its solidarity.