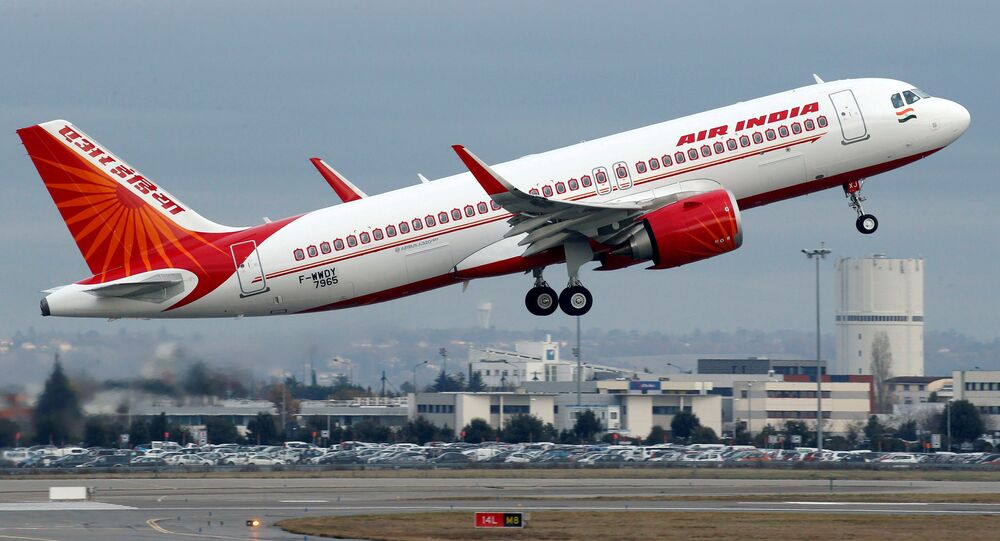 Saudi Arabia does not recognize the Israeli state and so far has not allowed flights in and out of Israel to pass over its airspace as a policy. An exception has been made for Air India to operate a flight three times a week to Tel Aviv from New Delhi.

New Delhi (Sputnik) — The world recorded a momentous first on Friday when an Air India flight traversed Saudi Arabian airspace before landing in the Israeli capital Tel Aviv. The development was hailed as a diplomatic victory for India as it was the first time Saudi Arabia had ever granted permission to any foreign aircraft to use its airspace on its way to Israel.

"This is really a historical moment. We are in a new era. I am sure that we will see many more Indian tourists coming to Israel, and Israelis would also come to India in much higher numbers," said Israeli Tourism Minister Yariv Levin, speaking to Indian news agency Press Trust of India on the occasion.

Other direct flights from India to Israel take a much longer route bypassing Saudi airspace and hence take at least two hours longer.

A top Indian journalist and a few other netizens hailed it as an indication of a thaw in Saudi-Israeli relations.

#AI139 has landed in Tel Aviv, after being the first commercial flight to transit Saudi Arabian airspace en route to Israel in 70 years. https://t.co/0amEXONPpk pic.twitter.com/wwoXmOBedD

Saudi Arabia getting all the top billing in the new Air India flight because it is letting the airline use its air space to fly to and from Israel. But don't forget Oman. Flight also goes over Oman — also a first —& Jordan on the way to Tel Aviv.

In a first, an Israel-bound flight entered Saudi airspace: Air India's first flight on a new route to Tel Aviv made history by flying over Saudi Arabia

Indians saw it as a victory of the country's global political initiatives.

Air India’s first Delhi to Tel Aviv flight landed in Israel in seven hours, flying over Saudi Arabia. people who asked “what does modi knows about foreign policy” should be slapped left right and centre. pic.twitter.com/Hq9WCURhJS

#NarendraModiSaudi Arabia for the first time allowed its air space for flight to Israel only for Air India. Great going PM ji