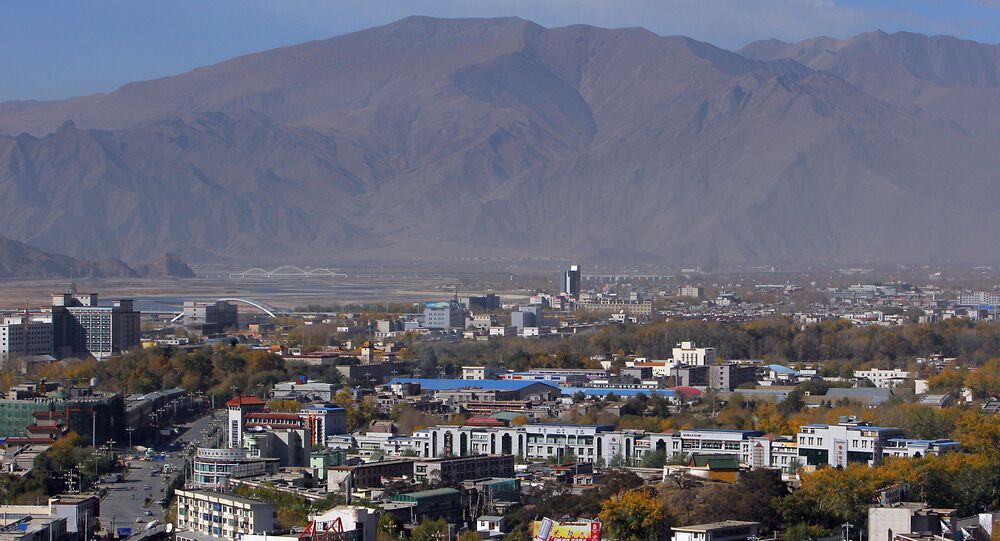 The Seventh World Parliamentarian Convention on Tibet (WPCT) was to be held on April 26 to 28 in Delhi. Tibetan spiritual leader the Dalai Lama and more than 70 lawmakers from different countries were to take part in the high profile event.

New Delhi (Sputnik): Ahead of the Beijing visit by Indian Defense Minister Nirmala Sitharaman and Foreign Minister Sushma Swaraj slated for next month, the Tibetan parliament in exile, based in India's Dharamshala, has confirmed the cancelation of the seventh World Parliamentarians' Convention on Tibet that was to be held in New Delhi around the same time.

"The preparation was going on in full swing. But suddenly it was decided to cancel the event," Tsering Dhondup, spokesperson for the Dalai Lama's office told Sputnik.

The spokesperson further said that it was unlikely that the event would be held at a later date.

© REUTERS / Rupak De Chowdhuri
Dalai Lama Suggests EU Model as Basis for Tibet, China Coexistence
Earlier this year, the Indian government had called off another event that was to be held at New Delhi's Tyagraja stadium to mark the anniversary of the arrival of the Dalai Lama to India. The venue was instead shifted to Dharamshala in Himachal Pradesh, from where the Tibetan government in exile operates. The Indian media reported that New Delhi had canceled the event as it was concerned it might have a negative bearing on the relationship with China, which was already on the slide. The Indian authorities had also reportedly directed ministers, lawmakers and senior bureaucrats not to attend the Dalai Lama's event. Furthermore, the Dalai Lama also chose not to attend the Indian National Science Congress held earlier this month in the northeastern state of Manipur. The Tibetan spiritual leader was originally chosen as one of the keynote speakers of the event.

India’s defense and foreign ministers and PM to pay visits to China. Indian media portraying this as a “reset” in India-China relations. Note: China has signaled no such intent. Indeed, China is sending its commerce minister to boost its already asymmetrical trade ties with India