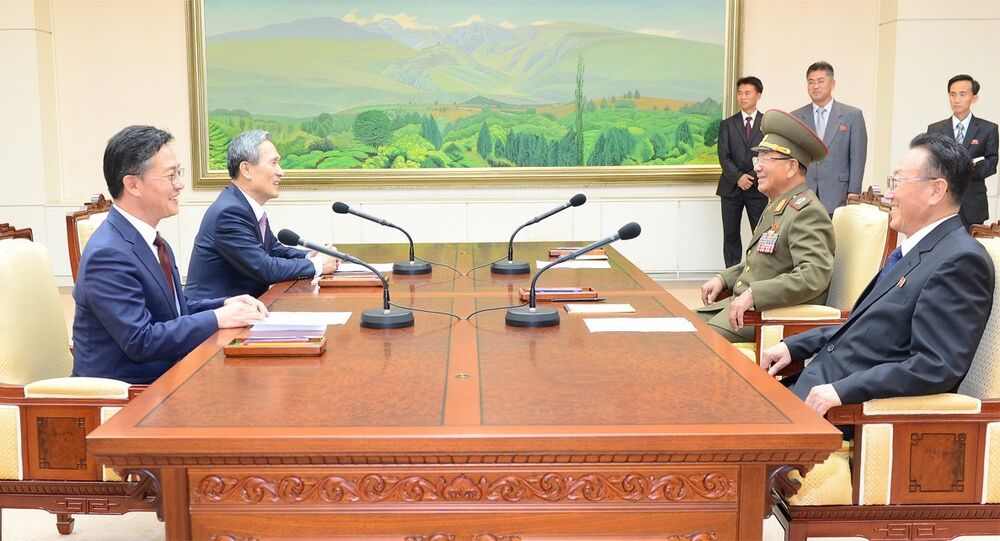 TOKYO (Sputnik) - North Korea will convene a meeting of the Supreme People's Assembly (SPA), the country's legislative body, on April 11 in Pyongyang, just weeks ahead of the planned high-level summits with South Korea and the United States, the North’s state media said on Thursday.

According to the Korean Central News Agency (KCNA), this will be the sixth session of the country's 13th assembly and the first session after Pyongyang expressed readiness to compromise over its nuclear program, and have talks with Seoul and Washington.

The Assembly deals with issues like the national budget, judicial changes as well as personnel policy in state bodies, and it convenes once or twice a year.

The agenda for the upcoming session has not been disclosed.

Tensions on the Korean Peninsula escalated in 2017 after North Korea conducted several ballistic missile launches and a nuclear test in violation of UN resolutions. The situation significantly de-escalated before the Winter Olympics, held this year in South Korea’s Pyeongchang, with North Korean athletes having been allowed to compete at the Games.

South Korean diplomats later delivered a message from Kim to US President Donald Trump, in which the former expressed his willingness to hold direct talks. Trump has accepted the invitation to meet with Kim by the end of May.