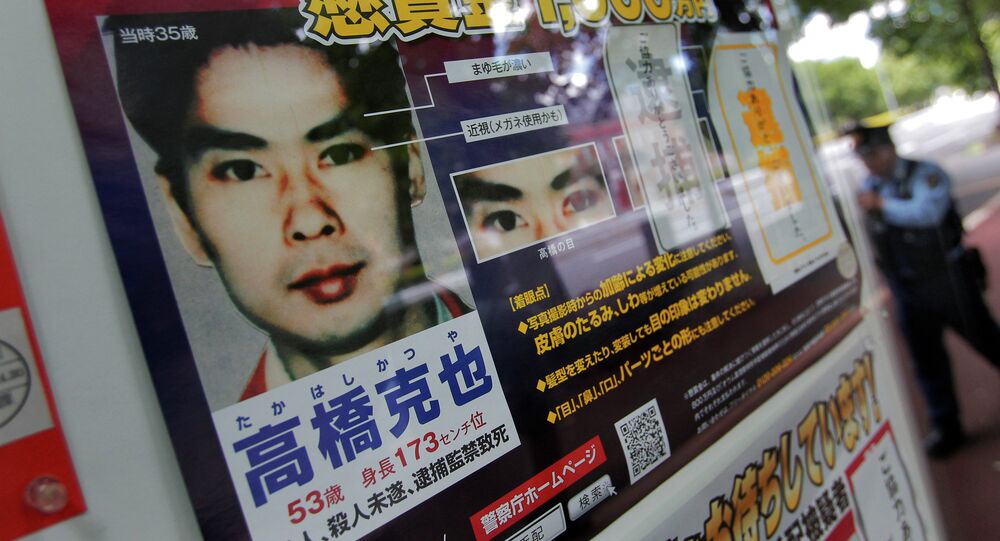 A memorial ceremony was held in Tokyo Tuesday to mark the 23rd anniversary of the March 20, 1995, deadly sarin attacks on the central Tokyo subway perpetrated by the Aum Shinrikyo cult.

Station officials observed a moment of silence at 8 a.m. local time at Kasumigaseki station, one of the targets of the act of domestic terrorism perpetrated two decades ago.

Toyohiko Otomo, the 57-year-old chief of the station and Shizue Takahashi, 71, whose husband was killed in the attack, passed out flowers. Flowers were also distributed at Kasumigaseki, Kodenmacho, Tsukiji and three other stations targeted by the cult, which sought to bring on an apocalyptic war with the attack.

"I came here today, with the same feeling I have every year," Takahashi told reporters at the station Tuesday, the Japan Times reported.

"The health of some victims is deteriorating and some families are also going through a tremendously difficult time," she added.

"We will work together to make further efforts to ensure the safety of passengers so that they can feel safe using the service," Tokyo Metro Co. also said in a Tuesday statement.

Aum Shinrikyo was founded by Shoko Asahara, whose real name is Chizuo Matsumoto, in 1984. On March 20, 1995, members of the cult released the toxic nerve gas on three lines of the Tokyo metro during rush hour, killing 13 people and injuring more than 6,000 others. The liquid sarin was contained in plastic bags wrapped in newspapers. Some of the perpetrators punctured the sarin packets with the sharpened top of umbrellas they carried, while others dropped the packets on the floor of the train, allowing it to leak out into the train cars. The cult had originally planned to spread the sarin as an aerosol but couldn't overcome technical hurdles.

The group was also responsible for the Matsumoto sarin attack in Japan's Nagano prefecture on June 27, 1994. Eight people were killed and more than 500 were harmed when Aum Shinrikyo members released sarin from a converted refrigeration truck.

After years of legal proceedings, Japan may be preparing to execute 13 members of the doomsday cult, including leader Asahara, for a variety of crimes, the Japan Times reported. Thirteen cult members have been convicted for their roles in the Tokyo subway attack, the Matsumoto attack and the 1989 murders of Tsutsumi Sakamoto, an anti-Aum Shinrikyo lawyer, as well as his wife and son, the Japan Times reported.

"The death penalty came as the result of long trials, and it has entered the next phase," Takahashi said.

"It is not at a phase where I can say or do anything about it. I feel that steps should be taken in accordance with the law," she said.

Bodies of Babies Reportedly Found in Bottles in Japan