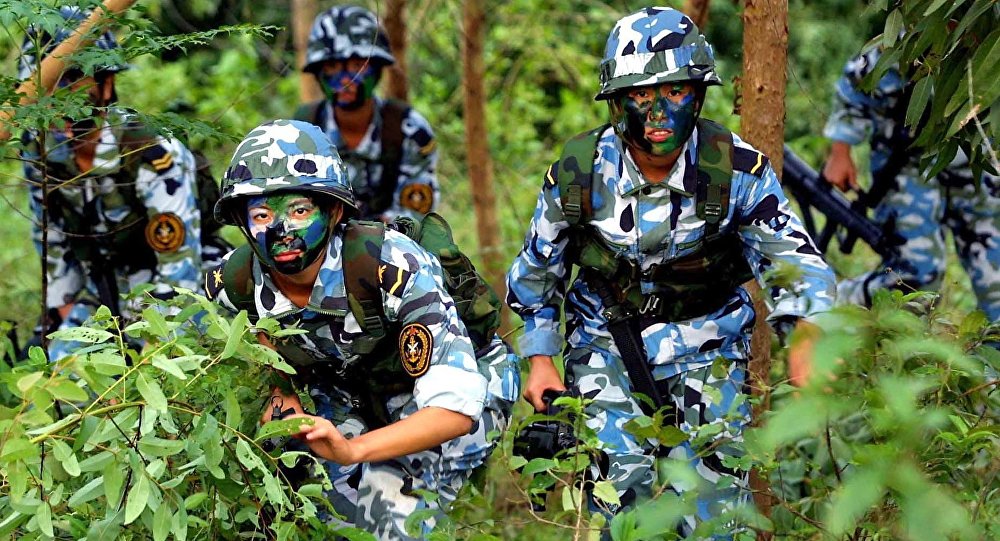 More than 10,000 troops have crossed the country in its largest military training drills, according to the China Central Television program Military Report.

"In the largest exercise of its kind, more than 10,000 troops traveled more than 2,000 kilometers to arrive on Monday at two army training bases in Southwest China's Yunnan Province and East China's Shandong Province and begin battle training," reports the program on China Central Television.

According to the report, diverse modes of air, water, railway and motor transport are engaged in one of the largest trans-regional training exercises of the People's Liberation Army's Marine Corps (PLAMC).

"Performing tasks outside the country can hugely improve the Marines' combat capability such as emergency and rapid response skills," a specialist with China's Ministry of National Defense said.

The marines are carrying out training in subtropical mountains and jungle areas in more than 30 areas of specialization, including combat, attack and defense, searching, hiding etc., in a bid to improve their combat capability.

China plans to increase its marine corps from 20,000 to 100,000 to protect the country's rising overseas commitments, the South China Morning Post reported in March last year. Some marines will allegedly be assigned overseas, including to Djibouti and the Gwadar Port in Pakistan.