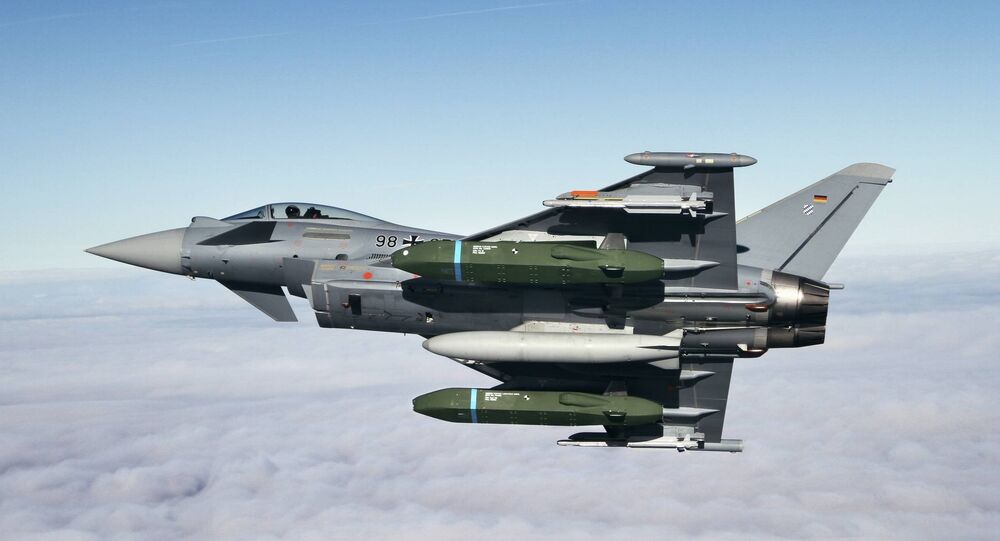 South Korea has inked an agreement with European defense contractors to purchase 90 Taurus KEPD 350 long-range precision-guided cruise missiles. The weapons, estimated to carry a price tag of around $108 million, are to be used in their pre-emptive strike program as deterrence against a North Korean attack.

Here's how "Kill Chain" works: if South Korea believes that a North Korean attack is imminent, they will launch a series of surgical strikes against crucial parts of Pyongyang's political and military apparatuses, integrating information with strikes to form a "kill chain" — hence the name.

When tensions were sky-high on the Korean Peninsula in the summer of 2017, the South Korean military released a video of one of their F-15Ks destroying a target with a Taurus missile. "We made public the footage to show our resolve to destroy the leadership of the North Korean regime if it threatens the people of South Korea and the US with its nuclear weapons and missiles," a senior military officer told local media in July.

© AFP 2021 / US NAVY/PH3 Joshua Karsten
US May Rein in Nuclear Subs, Carriers from War Games Near Korean Peninsula

The Taurus is a joint project between the German MBDA Deutschland GmbH and the Swedish Saab Bofors Dynamics. It is loaded with a 1,100 pound warhead that has penetrative capabilities, allowing it to take out bunkers — useful against North Korea, a mountainous nation with an infamous fondness for underground structures.

The Taurus has a range of about 300 miles, can be loaded into aircraft and includes stealth characteristics such as a low-terrain flight pattern, allowing it to fly under most types of radar. The missile has a top speed of Mach 0.9.

Germany and Spain field Taurus KEPD 350s and Sweden has also been considering a purchase. However, the variant South Korea has just bought is improved, equipped with an anti-spoofing module to prevent jamming.

Seoul is also upgrading their fighter fleet and may increase their order of 40 F-35A Lightning II stealth fighter jets to 60 in the near future. The Diplomat's Franz-Stefan Gady noted on Wednesday that South Korea remains deficient in its intelligence-gathering, surveillance and reconnaissance capabilities.

Tensions have died down in the new year, with the two Koreas marching under one flag in the Winter Olympics in Pyeongchang, South Korea. They have also begun intra-Korean peace talks to defuse the missile crisis that has captured the world's attention since April 2017.