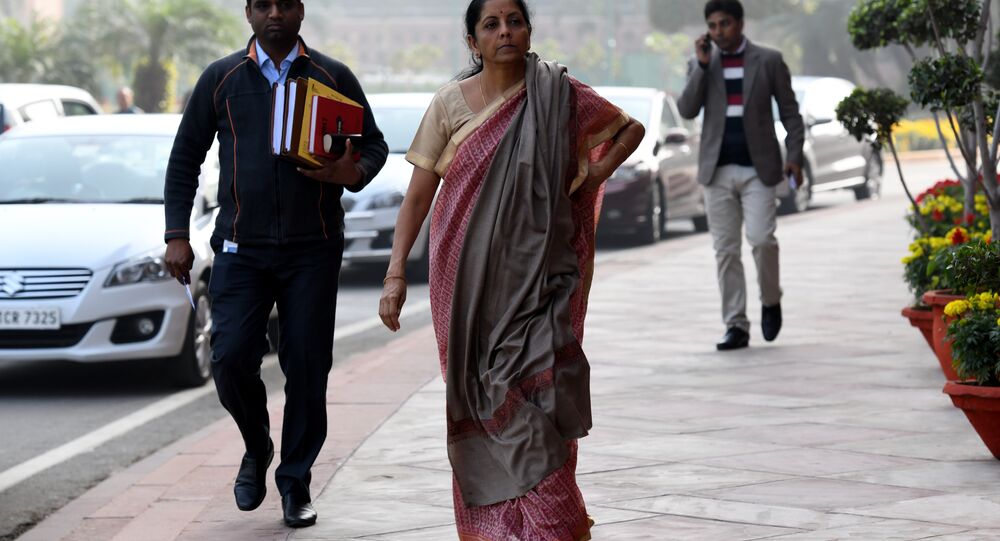 This would be the first high-level visit to China from India in the aftermath of last year’s 73-day long military stand-off at Doklam. The visit is being considered a precursor to Prime Minister Narendra Modi’s scheduled visit to Qingdao for the Shanghai Cooperation Organization summit on June 9.

New Delhi (Sputnik) — India's Defense Minister Nirmala Sitharaman will visit Beijing in April. She announced the trip herself on the sideline of an event in New Delhi. Sitharaman told the press that she would visit China in the second half of the month.

"Yes, [the visit is] probably sometime in late April," Sitharaman said without elaborating on the agenda of the visit.

The visit holds special significance, as it comes at a time when New Delhi remains apprehensive regarding Chinese activity along the disputed border. India recently claimed that China had been building helipads and other infrastructure on the Doklam plateau- the site of last year's bitter standoff — despite a broad agreement between the neighboring countries to disengage their troops in the region.

"The People Liberation Army (China) has undertaken the construction of some infrastructure, including sentry posts, trenches, and Helipads," India's Defense Minister Nirmala Sitharaman said in Parliament last Monday, replying to an inquiry.

Subhash Bhamre, India's Minister of State for Defense had also said during the Army's annual conference that the situation along India's border with China was "sensitive" and had the potential to escalate.

Furthermore, India's anxiousness over the increasing assertiveness of China in the Indian Ocean region came to the fore when it agreed to sign a pact with France last Saturday allowing each others' warships access to their naval bases across the world.