BEIJING (Sputnik) - China called on the United States to abandon its new tariffs on metal imports, which it described as an attack on global trade, in a statement on Friday by the Ministry of Commence.

"China urges the US to respect the authority of the multilateral trade system and promptly annul the measures," Wang Hejun, the ministry’s trade remedy and investigation bureau chief, said.

He argued that the US decision to impose 25-percent duties on steel and 10 percent on aluminium harmed both US and other nations’ interests, and was "an attack on the normal global trade order."

The commerce authority warned that China was going to assess the damage from US actions and take "strong measures" to protect its vested rights and interests. 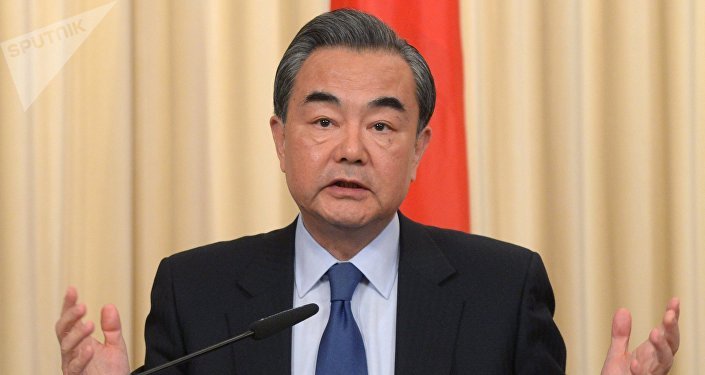 © Sputnik / Iliya Pitalev
China Vows 'Necessary Measures' in Event of Trade War with US
Meanwhile, several other nations around the globe responded to the Trump's newly-adopted protectionist measures. The British international trade secretary Liam Fox on Thursday criticized the White House for taking a wrong approach, saying that such moves "never really work".

Canada's foreign minister said Thursday that the country would continue pressing for protections for its metal industry even after the United States exempted it indefinitely from its new import tariffs.

Donald Trump signed a proclamation earlier in the day, imposing 25 and 10-percent tariffs respectively on steel and aluminium imports over national security concerns. Canada and Mexico were excluded while the North American Free Trade Agreement is being renegotiated.

Foreign Minister Chrystia Freeland said that "thorough, measured and effective" lobbying efforts would continue to shield the industry and its workers, according to CBC.

China Vows 'Necessary Measures' in Event of Trade War with US